Southeast
Bluefield Grove is a 6,000-acre stormwater storage and treatment project in St. Lucie County designed to reduce nutrient loads and excess surface water discharges from the C-23 Basin into the St. Lucie Estuary. The project can capture 28,000 acre-feet (over 9 billion gallons) of regional stormwater before it enters the St. Lucie Estuary.​ PATRICK DOVE/TCPALM 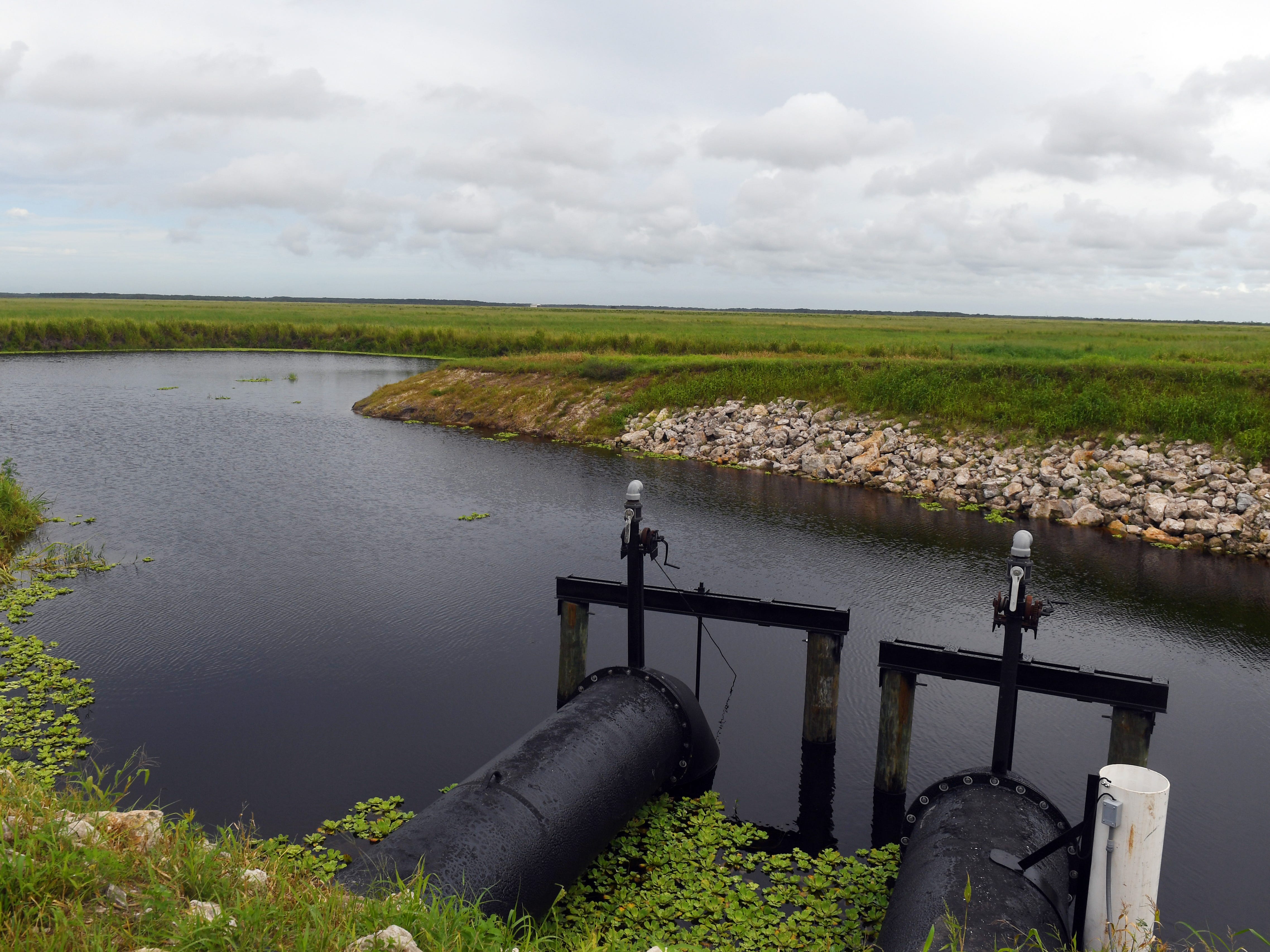 An estimated $2.1 billion water project approved in 2000 and funded in 2007 is finally getting underway, but is expected to take 10 years to complete.

The Indian River Lagoon South C23/C24 Reservoir and Stormwater Treatment Area will consist of two reservoirs and an STA on either side of State Road 70 just west of Sneed Road.

The reservoirs will store over 4 billion gallons of rainfall runoff annually that now drains from an 827-square-mile watershed in western St. Lucie County into the North Fork of the St. Lucie River, polluting it with nutrients, bacteria, herbicides, pesticides and more.

Water farms: SFWMD approved 2 new ones at Evans Properties in 2018

Avoid-water advisories are common in the river because of enteric bacteria, an indication of fecal pollution from people, pets, wildlife and livestock.

The project will remove 7.9 million cubic yards of muck from the river and reduce phosphorus by 41% and nitrogen by 26%. That will help reduce cyanobacteria blooms, commonly called blue-green algae and sometimes containing the toxin microcystin.

Construction contracts will be going out for bid this month.

The project, being built in partnership by the Army Corps of Engineers and South Florida Water Management District (SFWMD), is part of the Comprehensive Everglades Restoration Plan (CERP), which former President Bill Clinton signed into law in 2000 and Congress funded in the 2007 Water Resources Development Act.