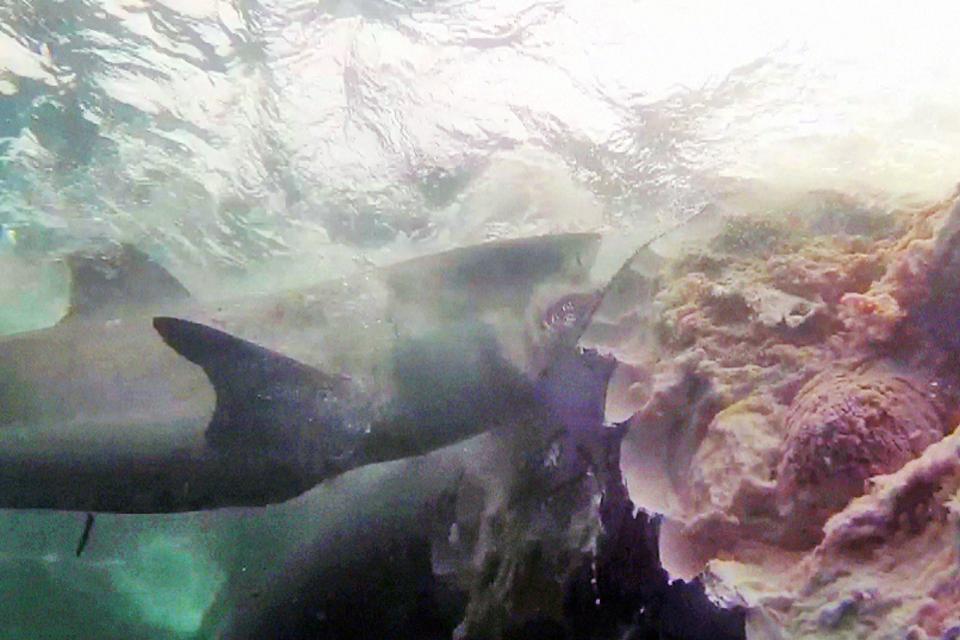 Sharks eating whales isn’t exactly new- it’s the circle of life, after all. But to date, white shark (Carcharodon carcharias) feeding events involving large whales have largely been described only in terms of observed scavenging events.

Surprisingly, the legendary great white shark is quite the elusive animal with many secrets of their basic life history still being uncovered. Found swimming in coastal waters throughout the world, they grow up to an average of 15 feet (4.6 meters) in length and can weigh up to 5,000 lbs (2268 kg). These highly adapted predators tend to hunt for fish, sea lions, seals, small toothed whales, and even sea turtles. And while they are the stars of most summer blockbuster movies, the International Union for Conservation of Nature (IUCN) has assessed them as Vulnerable (VU). Due to their populations decreasing due to a myriad of environmental threats, such as overfishing and gill nets, great white sharks are in trouble… and scientists are scrambling to uncover their secrets before it’s too late.

It’s hard to find a single shark species in a big, wide ocean. But one place where you can always see sharks? At a dead whale’s carcass. The decaying corpse is usually a dinner bell for a range of animals, great white sharks especially, as they are often seen scavenging on the floating body. Whale carcasses are the single largest source of carrion in marine ecosystems, thought to constitute an important part of large white shark foraging ecology. It is believed that whale carcasses influence many aspects of the life history of the sharks, including adult migrations. However, to date, no part of this white shark feeding event has been described involving a live whale.

That is, until a recent study published in the Marine & Freshwater Research journal. The authors provide what may be the first published description of white sharks attacking and killing a live humpback whale (Megaptera novaeangliae). Humpback whales are known for their magical songs in every ocean, where they feed on tiny shrimp-like krill, plankton, and small fish. These large whales can measure up to 62.5 ft (19 m) and weigh up to 40 tons, meaning they make one heck of a meal for sharks once they die. The Oceans Research Institute’s team was alerted of an entangled humpback whale offshore at The Point, Mossel Bay, South Africa. The whale wasn’t doing well, as it had an emaciated body condition, a very concave dorsal ridge, and it was covered with a large number of barnacles and whale lice.