Hawaii & Alaska
Kathy Sullivan and Victor Vescovo after their 35,810-foot dive to the Challenger Deep.Credit...Enrique Alvarez 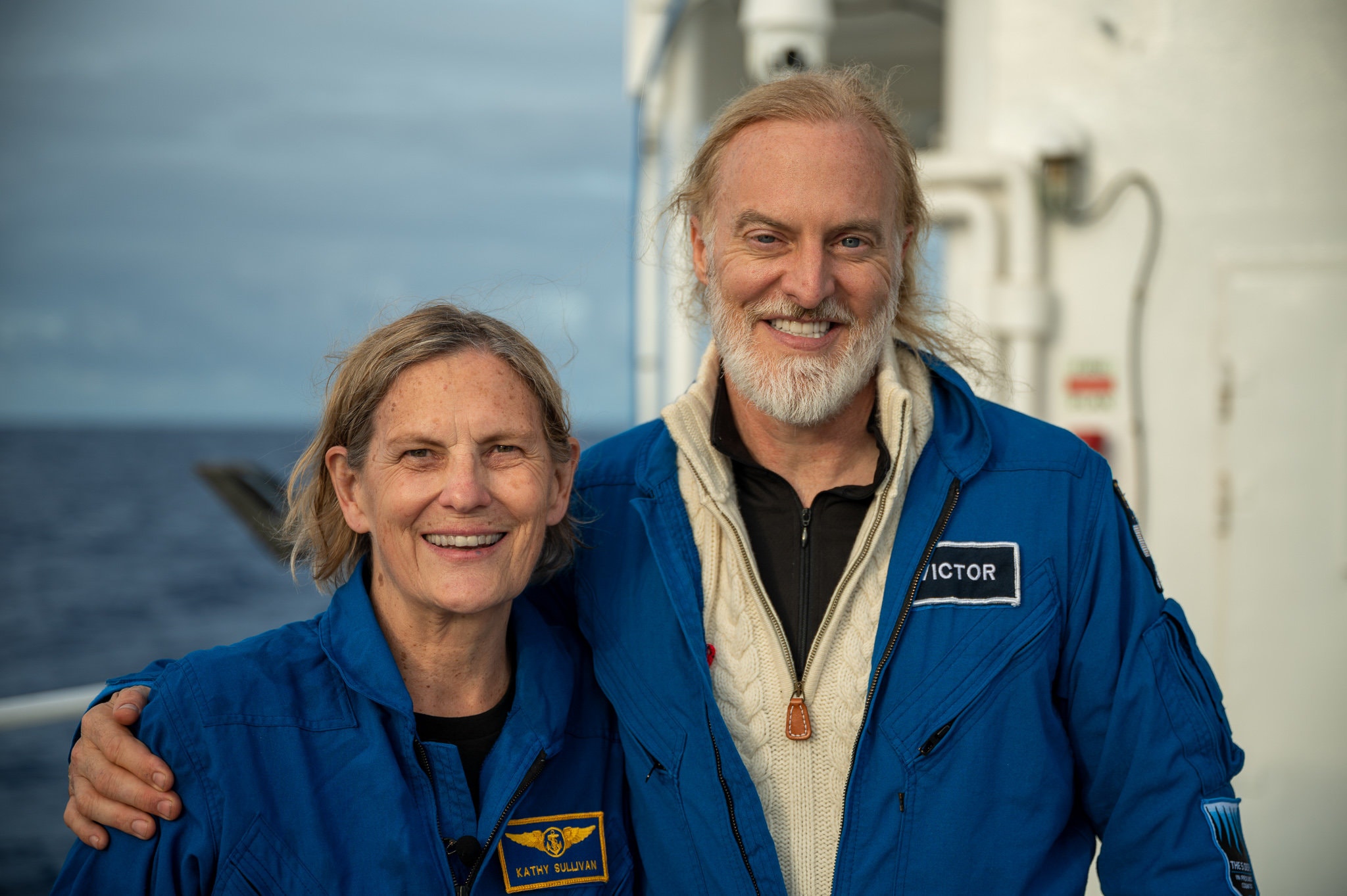 The astronaut Kathy Sullivan, 68, is now also the first woman to reach the Challenger Deep, about seven miles below the ocean’s surface.

The first American woman to walk in space has become the first woman to reach the deepest known spot in the ocean.

On Sunday, Kathy Sullivan, 68, an astronaut and oceanographer, emerged from her 35,810-foot dive to the Challenger Deep, according to EYOS Expeditions, a company coordinating the logistics of the mission.

This also makes Dr. Sullivan the first person to both walk in space and to descend to the deepest point in the ocean. The Challenger Deep is the lowest of the many seabed recesses that crisscross the globe.

Dr. Sullivan and Victor L. Vescovo, an explorer funding the mission, spent about an hour and a half at their destination, nearly seven miles down in a muddy depression in the Mariana Trench, which is about 200 miles southwest of Guam.

After capturing images from the Limiting Factor, a specially designed deep-sea research submersible, they began the roughly four-hour ascent.

Upon returning to their ship, the pair called a group of astronauts aboard the International Space Station, around 254 miles above earth.