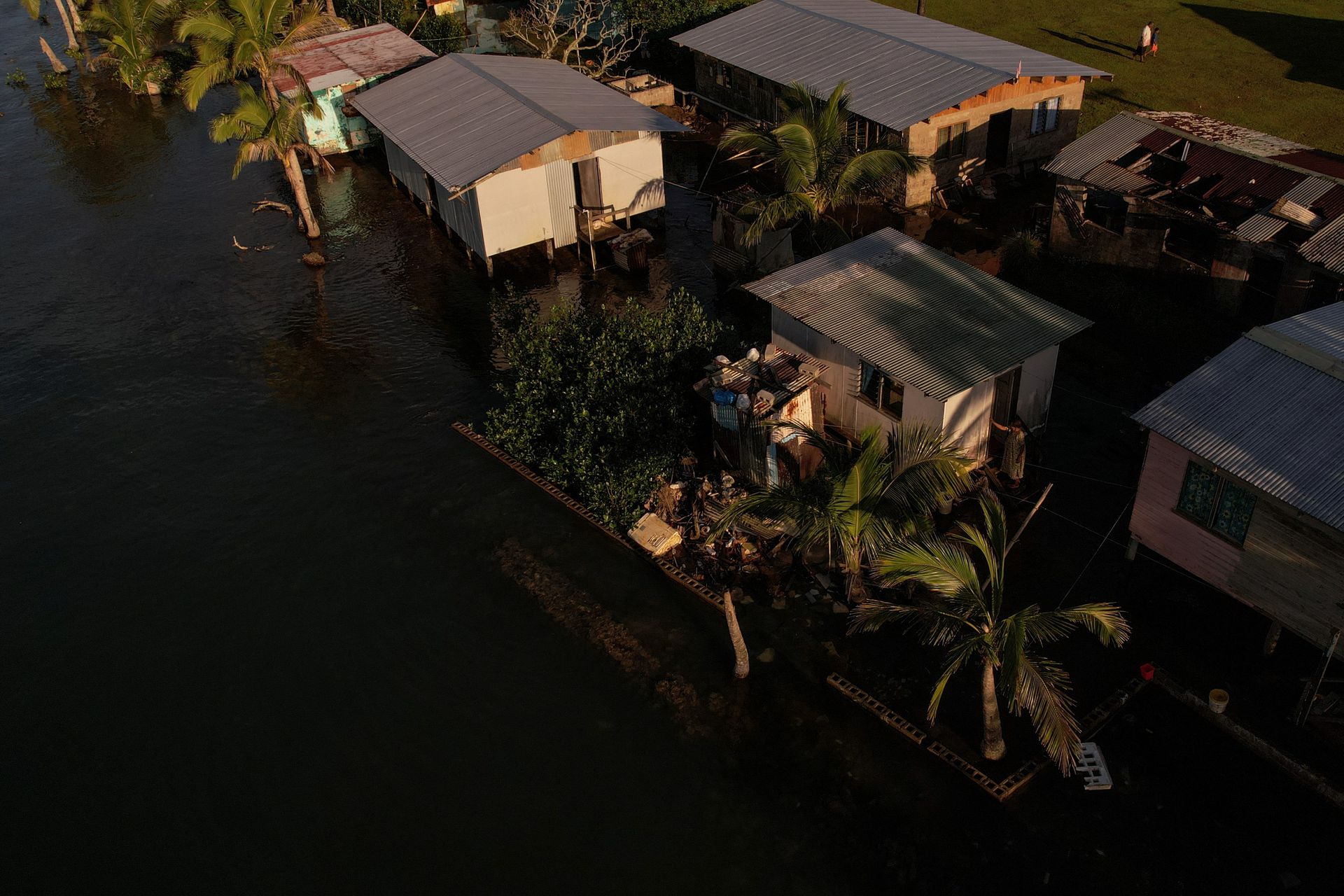 Boats moor next to living rooms on Fiji's Serua Island, where water breaches the seawall at high tide, flooding into the village. Planks of wood stretch between some homes, forming a makeshift walkway as saltwater inundates gardens.

Village elders always believed they would die here on prized land where their chiefs are buried.

But as the community runs out of ways to adapt to the rising Pacific Ocean, the 80 villagers face the painful decision whether to move.

Semisi Madanawa, raising three children who wade through playgrounds, says that given the flooding, erosion and exposure to extreme weather, the village may have to relocate to Fiji's main island to secure a future for the next generation.

Village elders are resisting, wondering if land reclamation might stop the sea from taking Serua Island's homes and ancestral burial sites, he says.

"It takes time for an idea to settle in the hearts of us human beings so we can accept the changes that are coming," says Madanawa, 38. "Climate change is happening and we need to make a decision."

Serua Island is one of many coastal villages making difficult decisions about their future, seeking government assistance for expensive projects to adapt or move, say Fiji government officials.

Facing some of the most direct effects of climate change, they want developed nations, who contributed the most to global warming, not only to curb their emissions but to pay for the steps that islanders must take to protect their people from rising sea levels. The push has become a key battle at United Nations climate conferences.