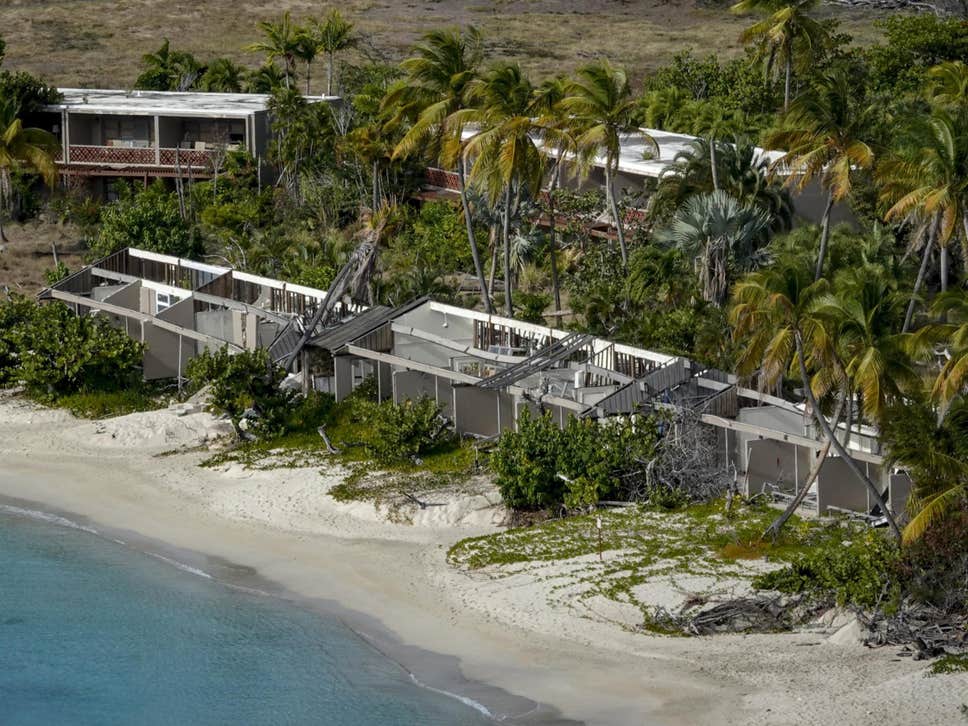 Quarrels with the National Park Service over environmental testing and labour disputes with full-time employees, Emily Palmer explains, have kept this Caribbean paradise shuttered two years after it was devastated by hurricanes – even while the rest of the island recovers

Browned palm leaves fan over the white-sand beaches of Caneel Bay Resort. Peeling paint buckles on the exterior walls of roofless cabins. Inside, white curtains, still knotted, drape like ripped cobwebs from windows, and mould-matted mattresses sag without their frames. A back door swings wide.

Long considered the crown jewel of St John, a small emerald island among the US Virgin Islands, cut with curved bays and set against the turquoise waters of the Caribbean, the 170 secluded acres of Caneel Bay once drew luminaries – from John Steinbeck and Lady Bird Johnson to Meryl Streep and Mitch McConnell.

More than 15,000 people annually visited the property, nestled within the Virgin Islands National Park and home to a handful of endangered species. The four-star eco-resort, established by the Rockefeller family, was one of the first in the United States.

“It was a first-class experience without the pretentiousness of the rest of the world,” says Bob Rice, a guest from Needham, Massachusetts, who stayed at the property with his family eight times. “You just got nature at its best.”