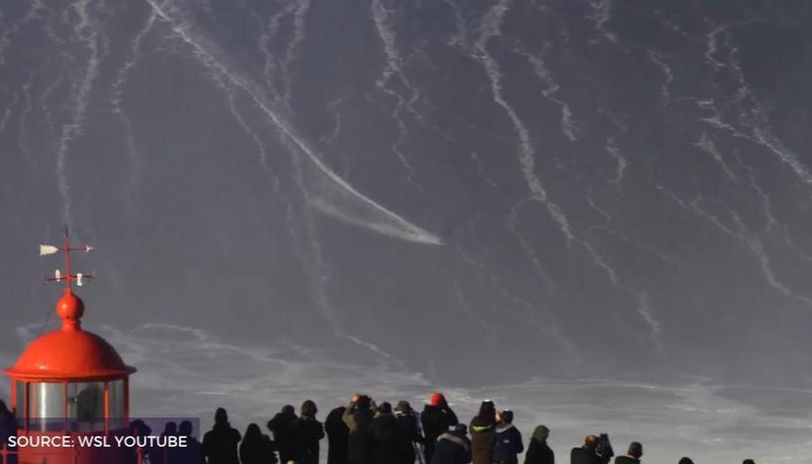 Over two years ago, German surfer Sebastian Steudtner completed a historic feat by surfing wave measuring at over 115 feet. Steudtner was surfing off the coast of Nazare in Portugal, which is known to witness some of the best surfing in the world. After Steudtner completed the surf, Surfer labelled the waves for that day – January 18, 2018 – as historic, stating that they were as high as apartment buildings.

Steudtner conquered the wave at Nazare, Portugal at the Silver Coast area. The video went viral as people expressed their awe at the stunning achievement by the then-32-year-old. The 2015 XXL Biggest Wave Award winner spoke about the wave later, describing it as "unforgettable". While precise technique and daredevilry is required to surf, Steudner believes that one needs more to complete this feat. "Big wave surfing doesn’t just require guts,” Steudtner wrote in a Facebook post. “It requires every ounce of passion and commitment in your body." According to Stuedner, there were a lot of big waves in Nazare that month.

Later, the feat was entered for the 2018 Ride of the Year Award under the World Surf League (WSL) Big Wave Awards. The spectators observed the 115-feet wave from the lighthouse fort of Praia de Norte and the spectators are also visible in the video capturing Steudtner. As of now, the Sebastian Steudtner 115 feet wave has over 3.5 million views on YouTube. The official video was uploaded by WSL.