International
The endangered Hawksbill turtle in the Atlantic Ocean, off the Florida coast. Photo: Mark Conlin/VW Pics/UIG via Getty Images 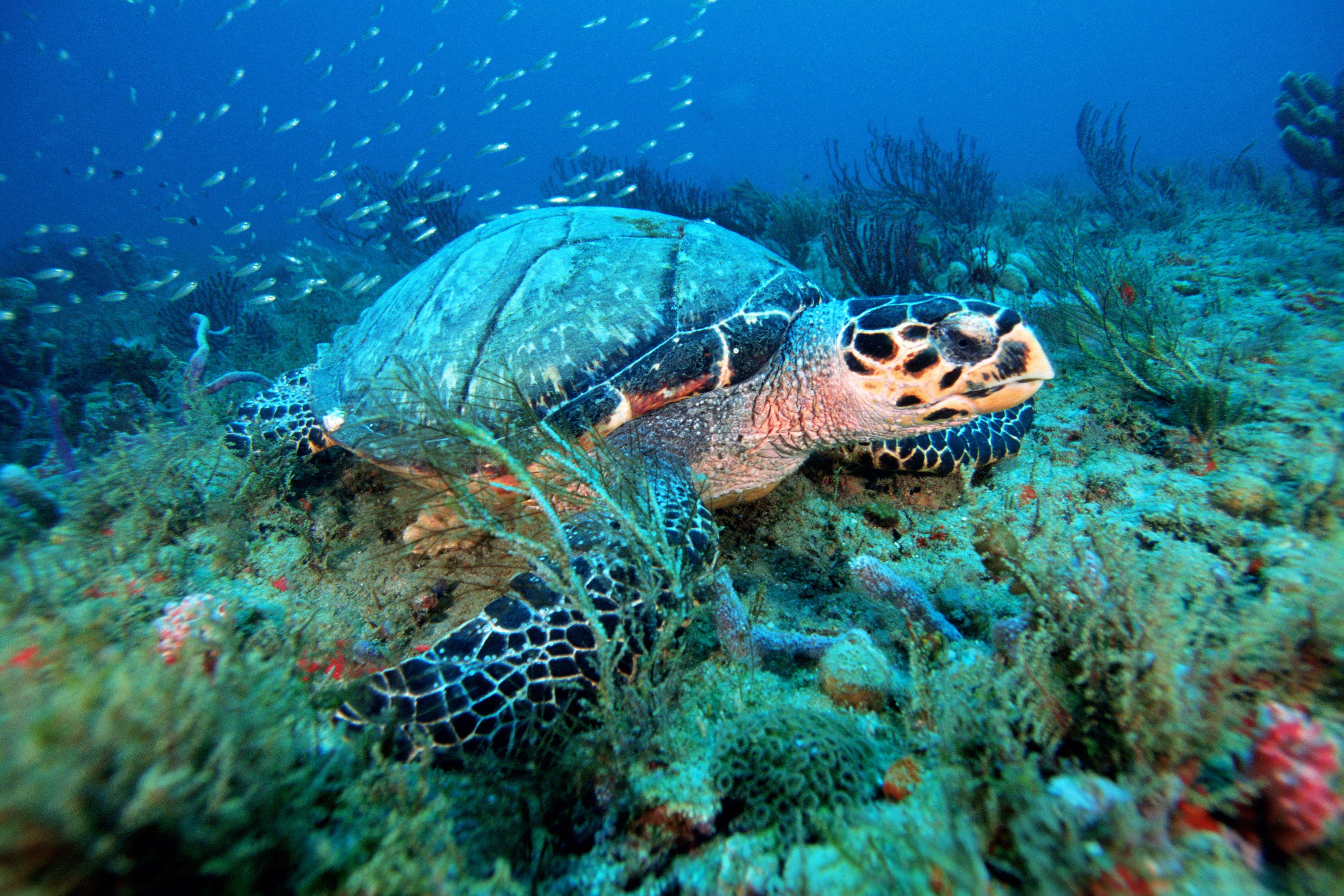 The historic heat waves that roasted the U.S. and Europe over the summer may have subsided. But a record marine heat wave is gripping large expanses of the North Atlantic and northern Pacific oceans.

The big picture: It has implications for marine species and extreme weather events, including hurricanes, as climate change exacerbates the problem. NOAA scientists warn it shows no signs of immediately abating.

State of play: Heat wave conditions in both the North Pacific and the North Atlantic have lasted for some three months. "For these parts of the world, these temperatures are unprecedented," Amaya says.

Of note: Warming isn't the only impact of climate change.

Threat level: "With climate change some marine species will fair better than others," Saba says.

Zoom in: Bette Zirkelbach, manager of the Turtle Hospital in the Florida Keys, said along with the hatchlings issue, she's seen an increased prevalence of fibropapillomatosis (FP), a tumor-causing disease that primarily affects green sea turtles.