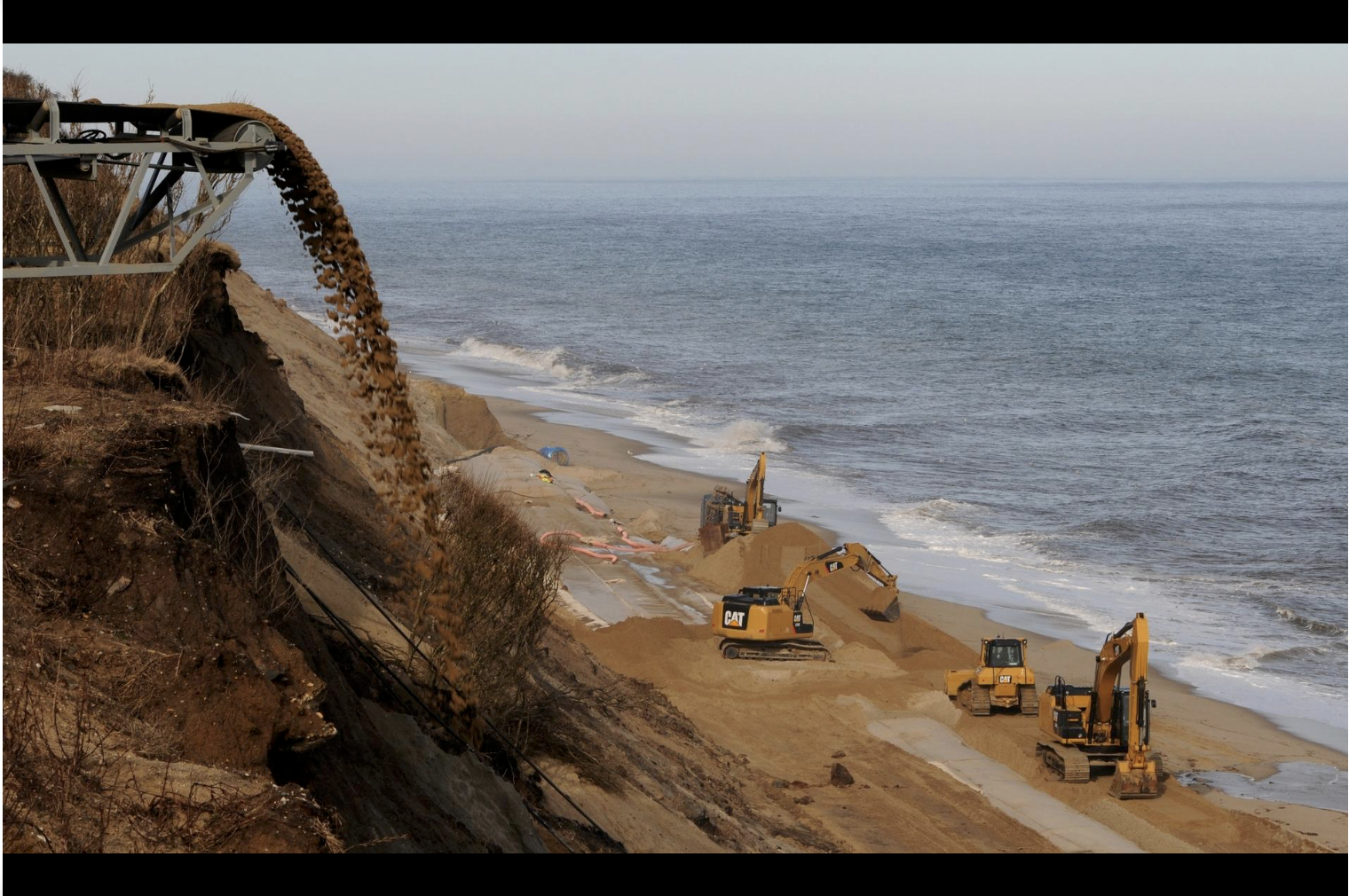 NANTUCKET — Conservation Commission member Joe Topham had just one question at the end of a recent public hearing on the Siasconset Beach Preservation Fund’s use of potentially contaminated sand in its erosion-control project.

He wanted to know if the fund’s geotextile tubing on Siasconset Beach was the only project where dirty sand with chunks of brick, rock and pipe has been dumped onto the beach, or whether the practice was widespread.

“I know how limited the amount of sand is on Nantucket, and what’s available from day to day,” he said. “When everyone’s going to one source, then if it’s happening here, it’s happening on other sites.”

Those sites include an erosion-control project in Pocomo and another on Eel Point Road, which both require nourishment sand sourced from pits around the island.

Another of those sites is a project just south of the geotextile tubes, where mitigation sand is dumped on a set of less durable sand-filled bags called coir logs. In June, town natural resources director Jeff Carlson found concrete, stones, wire, plastic and other trash on top of those bags. He wrote in a letter to the Select Board that it could have come from the sand dumped on that project, or from what’s left of the foundations of houses that have been moved from the edge of the eroding bluff.

The Conservation Commission ruled last week that the preservation fund is failing to provide clean sand, a requirement of its permit, for its 900-foot project just north of the coir logs.