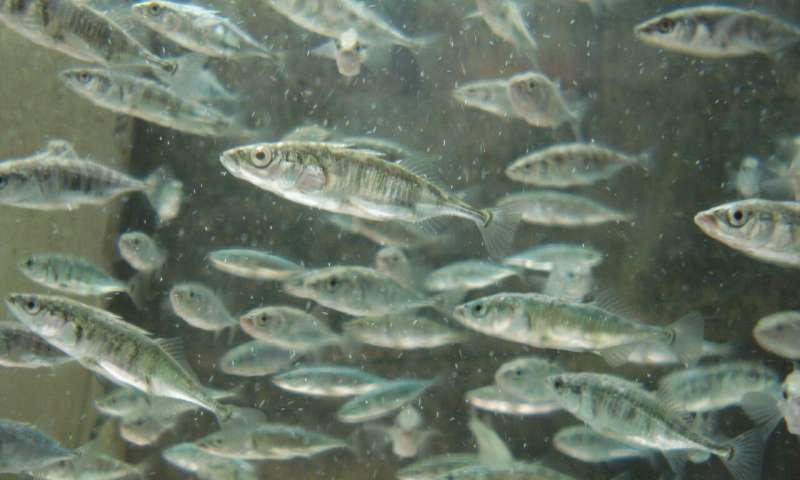 The current pace of climate change exceeds historical events by 1-2 orders of magnitude, which will make it hard for organisms and ecosystems to adapt. For a long time, it has been assumed that adaptation was only possible by changes in the genetic makeup—the DNA base sequence. Recently, another information level of DNA, namely epigenetics, has come into focus.

Using a fish speciesfrom the Baltic Sea, the three-spined stickleback, an international team investigated whether and how epigenetics contributes to adaptation. "Our experiment shows that epigenetic modifications affect adaptation, but also that the changes from one generation to the next are smaller than previously assumed," says biologist Dr. Melanie Heckwolf from GEOMAR Helmholtz Centre for Ocean Research Kiel. She is one author of the study, which has now been published in Science Advances.

But what distinguishes changes in DNA from changes in epigenetics? "Individuals with certain heritable traits encoded in DNA can cope with the prevailing environment better than others. On average, those individuals can cope better with their environment, hence survive longer and produce more offspring. In the long run, their characteristics encoded in the DNA will prevail. This process refers to natural selection," explains Dr. Britta Meyer from GEOMAR. However, selection requires time, and time is scarce in the face of rapid climate change.

In contrast, epigenetic processes chemically influence the structure of DNA. They activate or deactivate areas of the genome that are responsible for certain traits or responses to environmental conditions. On the one hand, 'stable' epigenetic markers, through natural selection, contribute to adaptation in a similar way as the DNA itself. On the other hand, 'inducible' markers are those that can change during the life of an individual. In theory, if this happens in the gametes of parents, their offspring are given an advantage to cope with their environment. Many scientists therefore expect that inducible markers will react particularly quickly and thus ensure the survival of organisms in the face of rapid changes.