International
Grand Princess cruise ship. ‘This will be a disastrous time for the industry.’ Photograph: Ben Margot/AP 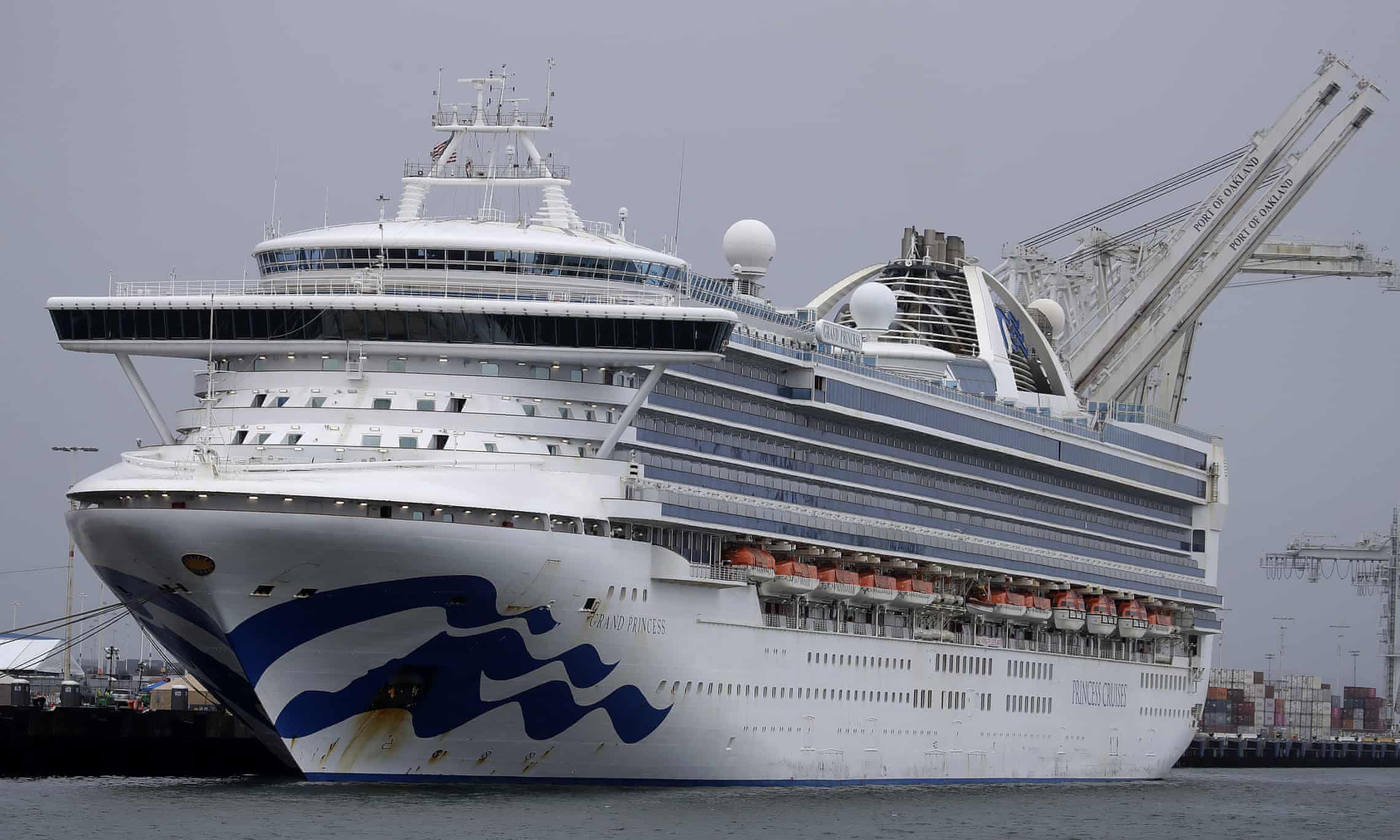 End of the cruise? Industry struggles through rough waters of coronavirus crisis

One by one, major cruise lines are halting operations and mothballing ships as they face biggest challenge since 9/11

It is close to peak season at Port Everglades, Florida’s second-busiest cruise port, yet an air of deep anxiety hangs over the deserted quaysides and departure terminals. With all major cruise lines shuttering operations, countries closing ports to large passenger ships and thousands of workers laid off indefinitely, the $45bn (£35.6bn) US cruise industry is struggling to plot a course through the rough waters of the coronavirus crisis.

In Fort Lauderdale, authorities warned that up to 50,000 passengers might have been in contact with port workers infected with the virus, adding to a public relations nightmare that just days earlier saw one liner with 3,500 aboard refused permission to dock in California and two Florida-based ships ordered to stay at sea temporarily while crew members were tested.

One by one, the big cruise operators announced they were halting operations and mothballing ships, beginning with Princess Cruises, one of Port Everglades’ biggest clients with 18 vessels, Viking Cruises and Disney Cruise Lines on Thursday. Others had fallen into line by Saturday morning. Normally bustling ports including Miami, Port Canaveral, Galveston, New York, Seattle and New Orleans went silent for the first time since the days following 9/11.

The value of the three biggest US cruise lines, Carnival, Royal Caribbean and Norwegian, has continued to tumble on Wall Street to the point of “flat-out ridiculous”, according to market analyst Rick Munarriz of the Motley Fool.