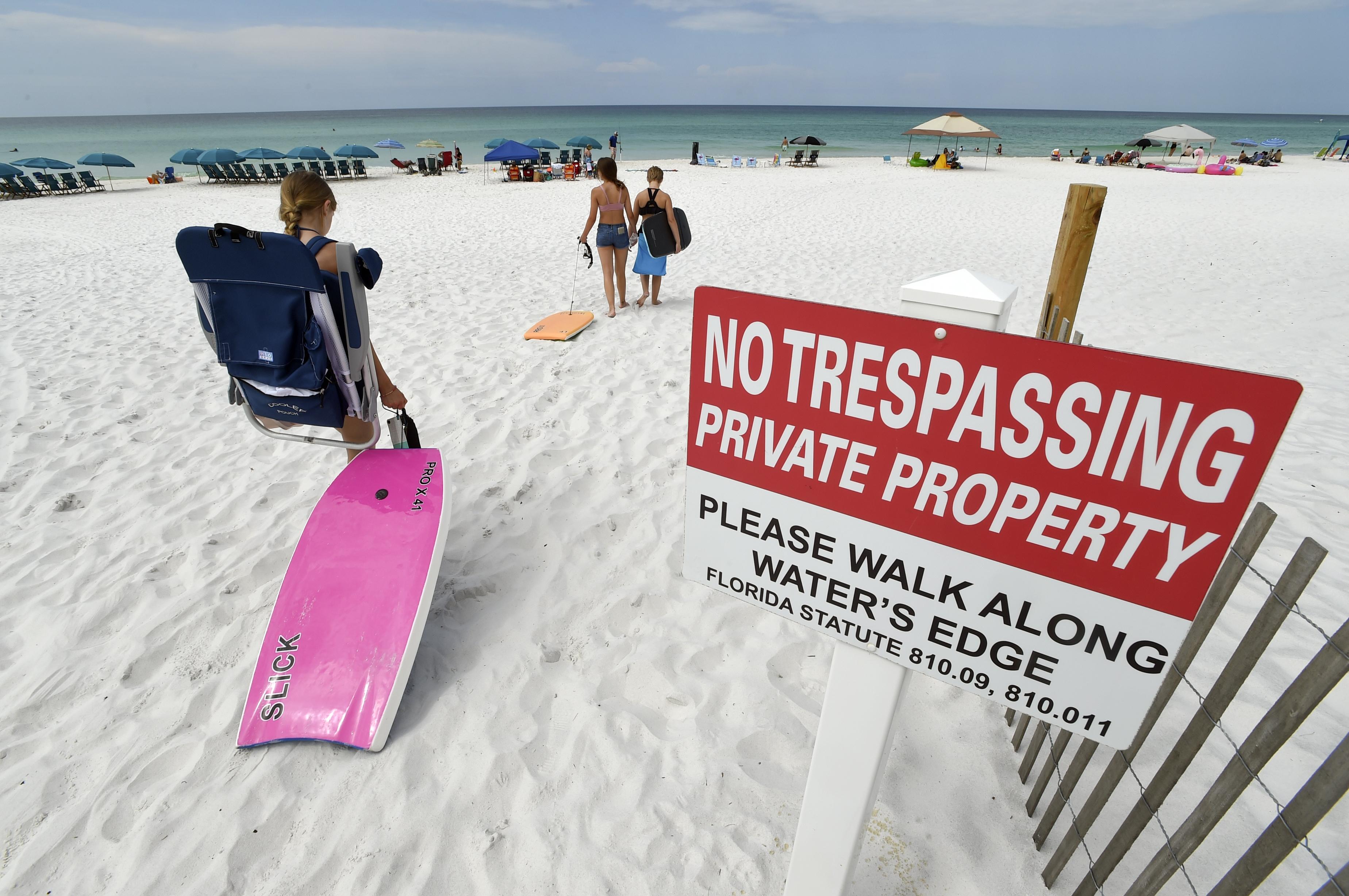 FL - Editorial: Beach access is a line in the sand that needs revisiting by Florida lawmakers

The beach belongs, by law, to the people of Florida — the part that gets wet, that is; the part where you should not leave your towel and expect it to be there when you come back from a swim, unless you’re a highly competent student of the tide tables.

By
The Herald-Tribune Editorial Board
Section:
Advocacy
Region:
Gulf of Mexico

This is because the idea of the seashore as belonging to “the public trust” is grounded in an era before anyone ever considered sunbathing or swimming in the Atlantic Ocean or Gulf of Mexico. In fact, the thought of paddling alongside sharks and other sea creatures was pretty terrifying. So the “mean high tide line” as a designation of where the public could freely roam was intended for boaters and fishermen.

As our idea of a good time changed, the “public trust doctrine” was expanded to embrace new kinds of seaside activity. And Florida evolved into the tourism dynamo that it is today, with beaches and their constant hunger for re-nourishment as a powerful part of that economic engine. But because the expansion of rights was never done in a way that made sense, this illogical and variable line in the sand has never failed to spark tension.

And so we get periodic local skirmishes between property owners who like their Gulf views unobstructed by the rabble in unsightly swimwear, and beach lovers who like their strolls along the sand unobstructed by unsightly barriers and “no trespassing” signs. Palm Beach County has had at least one past dispute that left a private beach roped off. In 2015, residents at the Palm Worth condo building north of Kreusler Park put down yellow rope outlining the condo’s private beach during an easement dispute. Condo owners also complained of homeless people camping near the dunes, kids playing soccer on the beach, fishermen, dogs, trash and alcohol in their beach area.

Adding consternation and confusion to this political milieu, the Florida Legislature passed and then-Gov. Rick Scott unfortunately signed a law in 2018 making it much harder for local governments to “ensure the public’s right to reasonable access to beaches,” as they are required to do by Florida statute. The law, HB 631, shifted the burden of proof from property owners, who can now more easily erect barriers and eject “trespassers”. And local officials cannot designate the area for public access without first holding public hearings and going before a judge.