Arctic & Antarctica
Researchers from UCI and NASA’s Jet Propulsion Laboratory are concerned that the unique topography beneath East Antarctica’s Denman Glacier could make it even more susceptible to climate-driven collapse. Courtesy of NASA 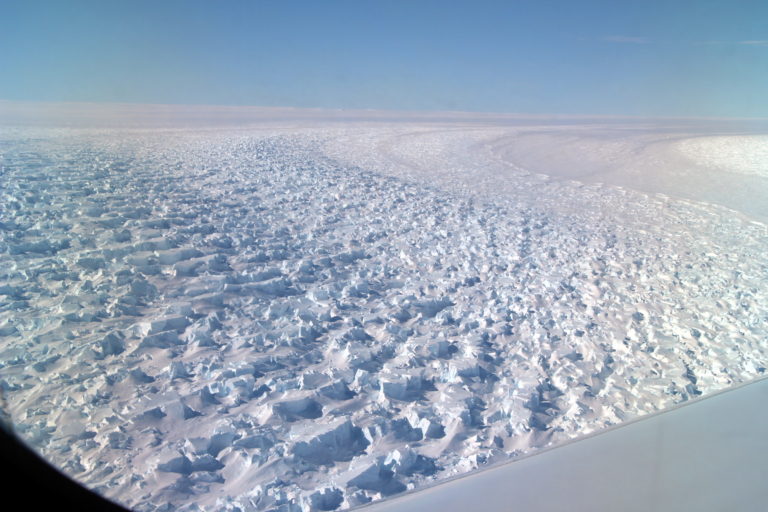 East Antarctica’s Denman Glacier has retreated 5 kilometers, nearly 3 miles, in the past 22 years, and researchers at the University of California, Irvine and NASA’s Jet Propulsion Laboratory are concerned that the shape of the ground surface beneath the ice sheet could make it even more susceptible to climate-driven collapse.

If fully thawed, the ice in Denman would cause sea levels worldwide to rise about 1.5 meters, almost 5 feet. With this sobering fact in mind, the UCI and NASA JPL scientists have completed the most thorough examination yet of the glacier and surrounding area, uncovering alarming clues about its condition under further global warming.

The team’s assessment is the subject of a paper published today in the American Geophysical Union journal Geophysical Research Letters.

“East Antarctica has long been thought to be less threatened, but as glaciers such as Denman have come under closer scrutiny by the cryosphere science community, we are now beginning to see evidence of potential marine ice sheet instability in this region,” said co-author Eric Rignot, chair, Donald Bren Professor and Chancellor’s Professor of Earth system science at UCI.

“The ice in West Antarctica has been melting faster in recent years, but the sheer size of Denman Glacier means that its potential impact on long-term sea level rise is just as significant,” he added.