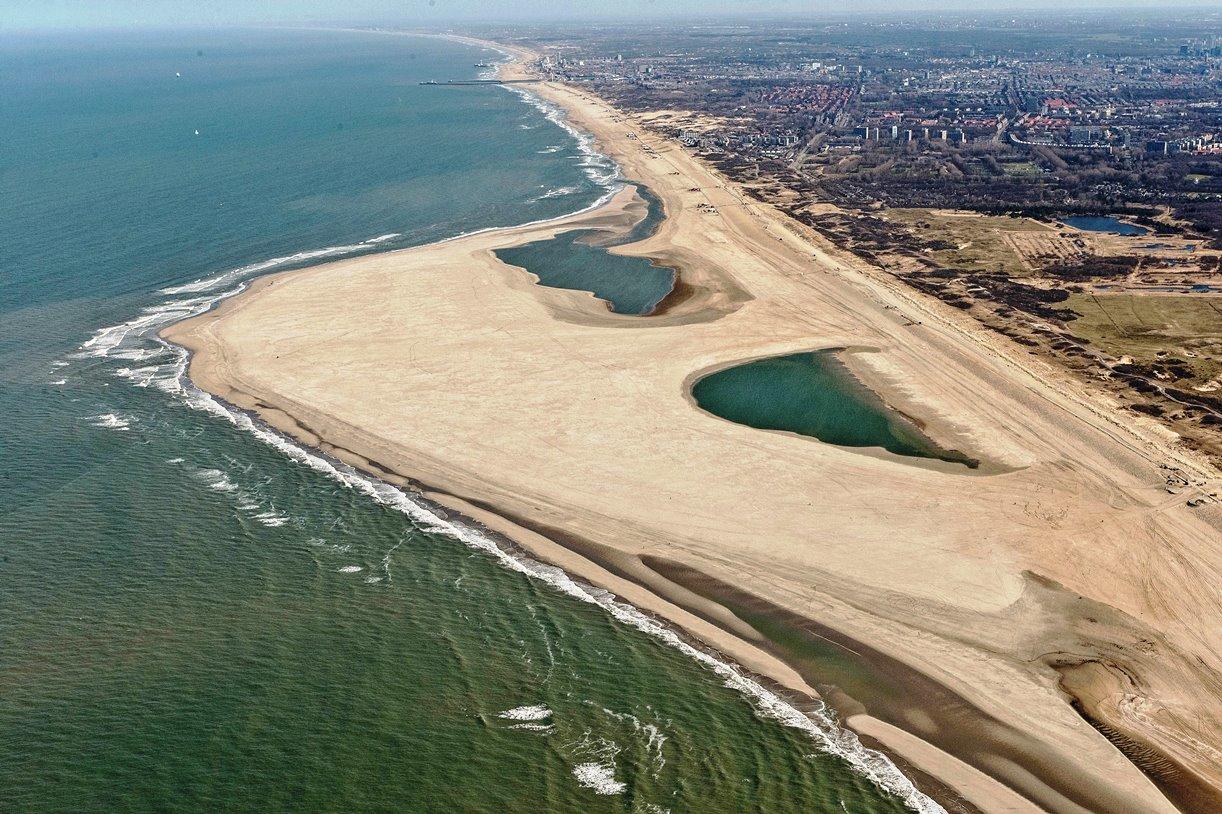 When the Dutch government and research institutions wanted to monitor how waves and currents would affect the pioneering use of artificial sand banks to protect a levee in a non-tidal freshwater system, Nortek was selected to supply key measuring instruments and set up the data telemetry system.

The Houtribdijk is a 25 km long levee, or dike, separating two large artificial lakes, the IJsselmeer and Markermeer. The lakes and accompanying levees protect the Netherlands from the forces of the North Sea’s extreme weather events, and from flooding from inland freshwater river systems.

After years of exposure to the elements, the Houtribdijk was in need of major maintenance. The traditional way to make it more secure would have been to bolster the barrier of rocks and other building materials that already protect the levee from the impact of water during storms. But this time, the authorities decided to try something different.

A nature-based solution for a protective barrier
The authorities decided to opt for a more nature-based solution: the creation of two 140 m wide artificial beaches on either side of the levee, whose sloping contours would improve the protection against waves and the elements. In addition, these beaches would create an attractive and valuable natural habitat for coastal flora and fauna, as well as a new zone for recreational activities.