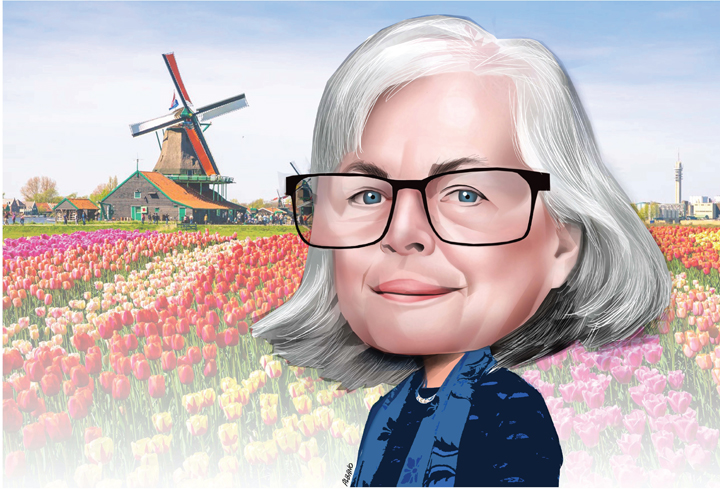 THE Kingdom of the Netherlands is a small country in Europe, but packs the economic, technological and cultural wallop representative of the entire continent.

It leads the world in agriculture, technology, human resources, and most everything that others could only envy—or perhaps aspire for. On the cultural front, the Netherlands has produced eminent painters such as the likes of Van Gogh, Vermeer, Bruegel and Van Buren, among others.

Yet, Ambassador Saskia de Lang says her nation of 17 million people (slightly larger than Quezon City’s 13 million), spreads the gospel of progressive developments far and wide. She said they have the largest port and gateway in Europe—Rotterdam—where a distribution system allows the Dutch to deliver goods to the rest of Europe.