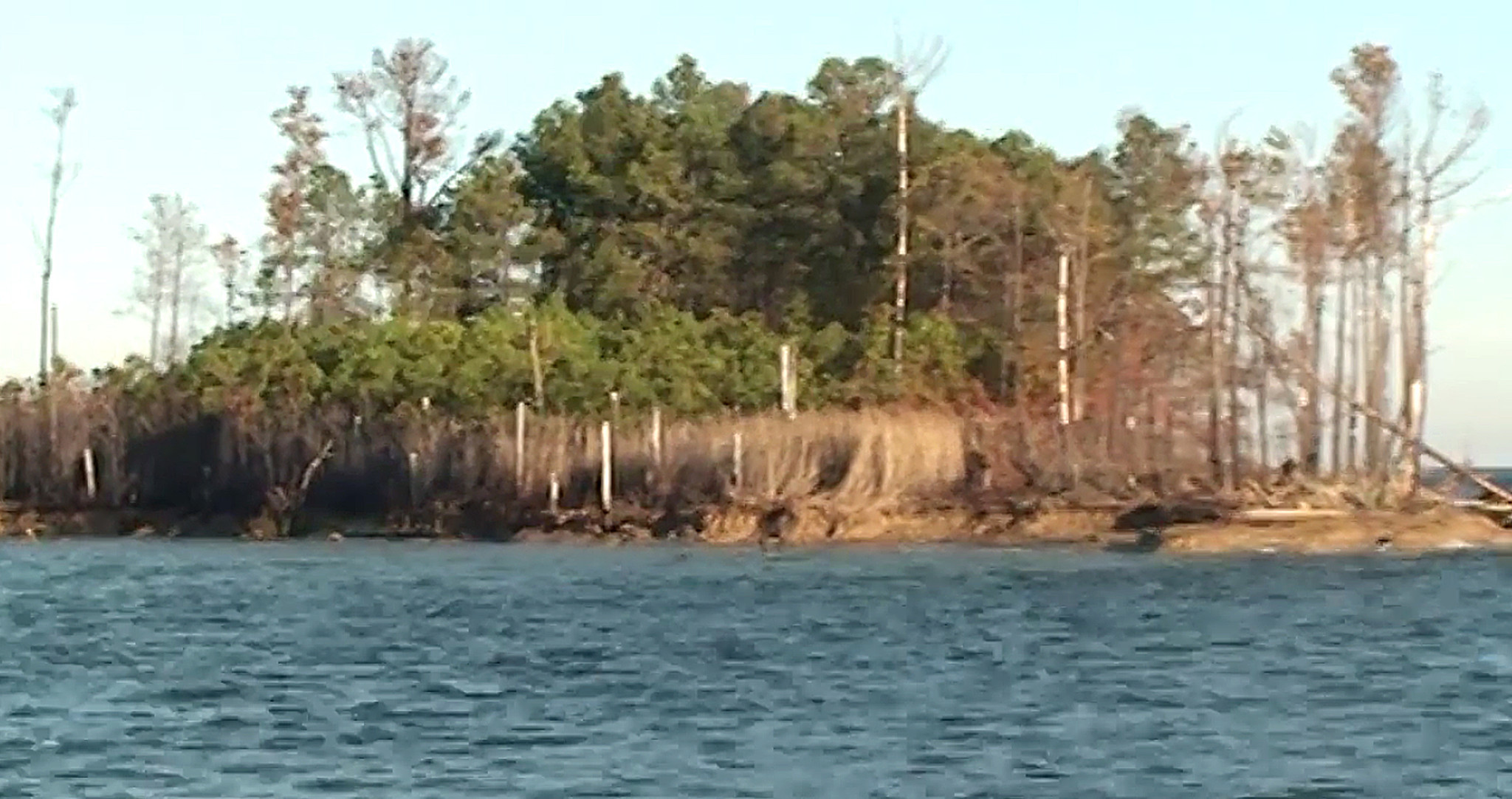 Over three decades, barges will unload the same amount of dredged material along the bottom of the Chesapeake Bay off Maryland’s Eastern Shore as it would take to fill the U.S. Capitol Rotunda 2,000 times. Their work will transform the swiftly eroding James Island into a formidable storm barrier and wildlife realm, officials say.

Sound familiar? It’s the same playbook the Army Corps of Engineers and Maryland Port Administration have been using at nearby Poplar Island.

Poplar Island is growing by 2 million cubic yards a year in the Army Corps’ largest “beneficial use” of dredged material undertaken on the East Coast. The new terra firma is composed of muck sucked up from the bottom of Chesapeake Bay shipping lanes, which must be cleared of sediment every year to ensure safe passage for large vessels.

Poplar’s state and federal managers estimate that the island will reach its 1,715-acre capacity by 2030 or 2031. In need of somewhere else to deposit the sediment, the agencies are turning to a location about a dozen miles to Poplar’s south.

After 20 years of planning, the next phase is set to make history again. The rebirth of James Island off Dorchester County, if all goes according to plan, officials say, will be on an even grander scale and shore up a second island as well — Barren Island, a dozen miles south off Hoopers Island.

“This area of the Bay has some of the highest erosion rates,” said Ray Tracy, the Army Corps’ project manager.

The twin projects will help to improve the Bay ecosystem’s fragile health, engineers say, by reducing the amount of sediment that washes into nearby waters and enlarging nesting areas for rare and threatened bird species.