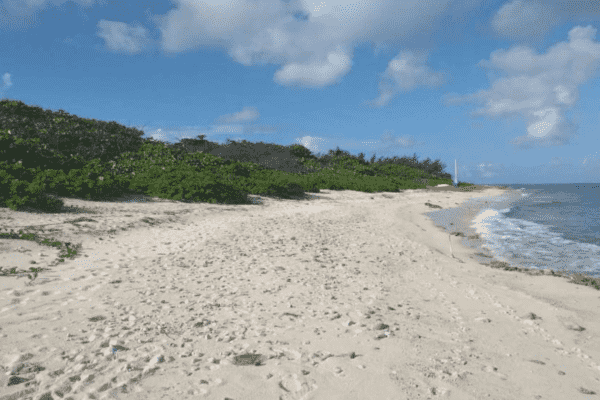 (CNS): Frank Schilling, the former owner of Uniregistry, the domain name company that made him his fortune, has been given approval to build a luxury apartment development on the north coast of West Bay, off Sand Hole Road.

Following changes to the plan, including meeting the legal 75ft high water mark setback, reducing the number of units, moving access from Sand Hole Road and settling on a combination of a wall and natural landscaping to maintain the neighbours’ privacy, the Central Planning Authority has approved the beachfront project.

Schilling, who is Caymanian, told CNS that while he is known for his work in the internet domain world, development is not a new venture for him and he has been developing in many places around the world for several years. But after selling Uniregistry last year, in the wake of lockdown, he turned his attention to developing the land he owns in Cayman, he said. This particular 1.8-acre plot, where he plans to build 27 units in three buildings, he has owned for some time, he noted.

Right now, however, there is significant community concern about over-development of the coastline around North West Point, which has been attracting developers as there is no space left on Seven Mile Beach. In addition to the loss of natural coastal habitat and beach access, there is concern about the gentrification of the area, as more and more developments are being built to sell to foreign investors, making land unaffordable for local people.

Although the units will each cost around CI$1 million, Schilling believes that they will be sold to people who live here and not acquired by transient owners or for speculative investment purposes.