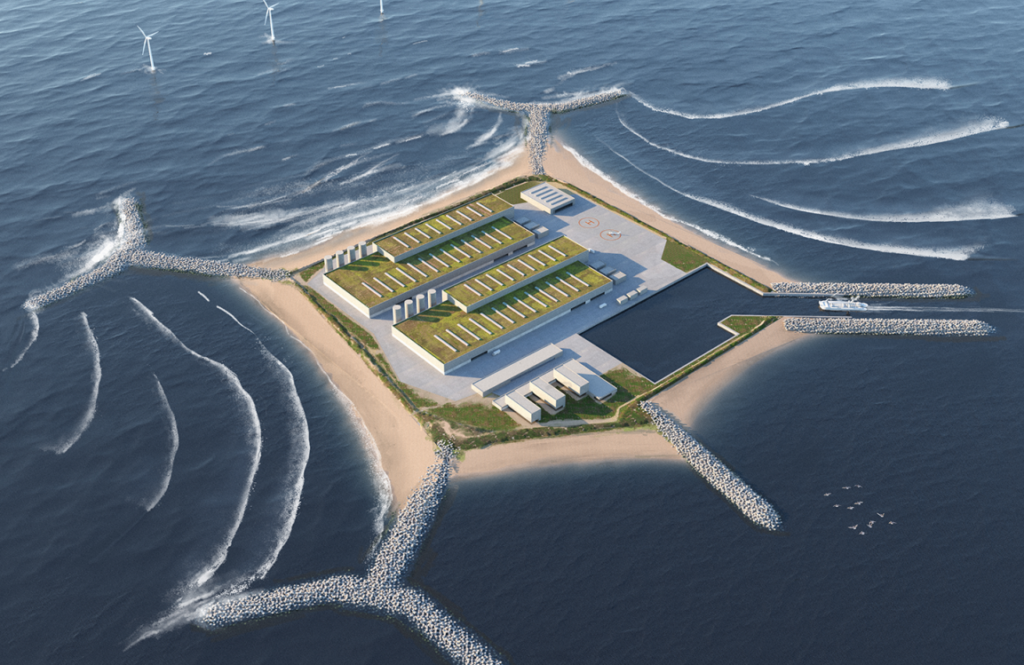 Denmark’s Gottlieb Paludan Architects has aided water construction experts from DHI A/S in developing a concept for the construction of energy islands said to have the smallest possible negative impact on the surrounding marine environment.

Based on parallel development of construction methods and design, as well as interdisciplinary collaboration, Gottlieb Paludan Architects and DHI A/S have designed an island that is built mainly of sand, which is typically found in large quantities on the seabed.

In addition to sand, the proposal uses groynes as coastal protection which makes it possible to design an island that is part of the natural marine environment with beaches, dunes, and underwater rock reefs that provide new habitats for flora and fauna.

By mimicking nature and using raw materials already available on site, the transportation and processing of materials is minimized, the designers said. This is also an end-of-life benefit where the island could be reused for other purposes or disposed of with minimal impact on the natural marine environment.

The development project is based on a unique approach that perceives marine forces, such as waves and tides, as external opportunities that can be used to maintain artificial beaches – in contrast to the traditional approach, where the marine environment is considered a problem generator.

The approach, which is also called ‘soft engineering’, “reduces negative impact on the environment and creates more sustainable solutions as compared to hard engineering projects, such as building sea walls, groynes and other structures,” said Dr. Nicholas Grunnet, Head of Coastal and Estuarine Dynamics at DHI.