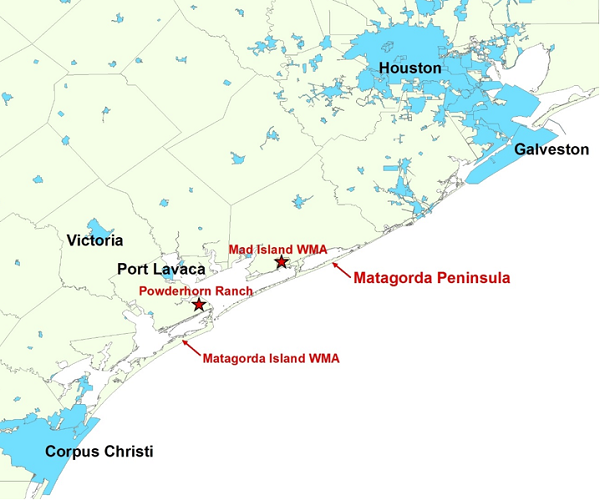 Using money from a settlement tied to a decade-old oil rig disaster, the Texas Parks and Wildlife Commission has approved purchasing 1,100 acres on Matagorda Peninsula as part of a wider nature preservation effort along the Gulf of Mexico.

The acquisition will be the latest in a series of restoration efforts along the gulf in the wake of the 2010 explosion at the offshore Deepwater Horizon that left 11 people dead and as many as 3.2 million barrels of crude spilling into the gulf.

Texas’ shores remained largely oil-free following the 2010 Deepwater Horizon disaster, as tar balls showed up on about 36 miles of beaches in Texas. But the state’s seafood industry took a hit, losing $13.8 million in 2010 alone, according to a federal report.

As part of the wide-ranging agreement with Gulf Coast states, BP agreed in 2015 to an $18.7 billion settlement.

So far Texas has awarded more than $80 million — including money used for Texas Parks and Wildlife Department purchases in Matagorda County — from a pot of administrative and civil penalties against BP and other companies involved with the disaster. Eventually, state officials say, Texas’ share of that pot could range from $500 million to $800 million.

Other settlements, which include federal criminal plea agreements entered by Transocean — the rig owner — and BP — the rig leasee, added $275 million more for restoration projects in Texas.

Texas Parks and Wildlife commissioners on Thursday ordered the agency’s staff to move forward with negotiations for a pair of 553 acre tracts near the west end of Matagorda Peninsula.

“It’s a conservation focal area,” Ted Hollingsworth, land conservation program director for the Texas Parks and Wildlife Department, told the American-Statesman. “There’s a great deal of biological value and it’s a great opportunity to protect the bay and the peninsula in perpetuity.”

The land has dunes 10 to 15 feet high, lagoons, waist-deep grasses and wildflowers; the bay side features a wide band of marsh fingered with oyster reefs and seagrass beds.

“It looks a lot like Galveston Island looked 200 years ago,” he said.

Sea turtles and reddish egrets can be found along the beaches as peregrine falcons fly overhead. Rare whooping cranes have been known to live in the area.

“Some of these birds are seriously in decline,” Hollingsworth said. “These areas are still undisturbed — but there is development taking place on the west end of the peninsula, and that will compromise those species, especially those birds that require pristine habitat.”

The tracts were parts of a one-time family ranch. No one lives on the property, he said.

The Deepwater Horizon money is “the only reason it was possible to contact landowners for the acquisition of land on the peninsula,” he said. “Without it, there’s no potential take-out strategy: We don’t have state funds available for that.”

He said the agency is still working out a purchase price and did not disclose details.

In that deal, which preserves approximately 12 miles of peninsula, the agency spent about $3.3 million in Deepwater money.

Officials are still working out formal rules for the public to visit the coastal management area, Hollingsworth said.

As with many other deals involving Deepwater money, this one involves a collaboration with Galveston Bay Foundation, which also has received grants related to the settlement of the Deepwater Horizon oil spill.

The ranch includes 11 miles of coastline between Port O’Connor and Port Lavaca, about three hours southeast of Austin.

By 2018, more than 15,000 acres had been designated a state wildlife management area, open to deer hunts and low-impact activities like birding. The remainder of Powderhorn Ranch is slated to become a state park, but no opening date has been set, according to state parks spokesman Josh Havens.

At least 150 projects in Texas are in the works or completed involving Deepwater money, according to the site Deepwater Horizon Project Tracker, which follows projects funded by oil spill settlements, fines and other payouts in the Gulf of Mexico.

‒ $309,000 for a study on oyster reef rehabilitation in Galveston Bay.