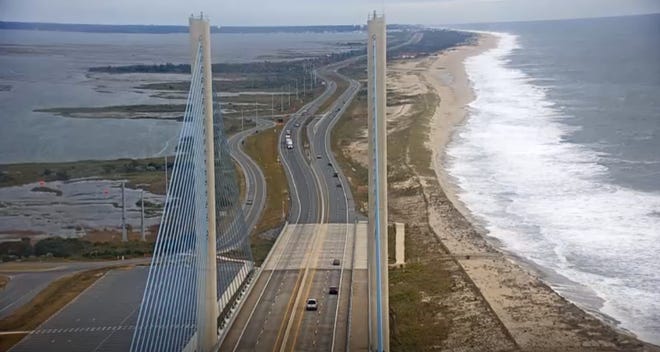 April is Earth Month and from the State House to the White House, it’s good to see robust action on water, climate and infrastructure.

Constitutionally, Delaware is the First State and so it is in water. Sitting on the Delmarva Peninsula at 60 feet above sea level, Delaware is the lowest state with a quarter of its land in floodplain and a 130-mile coast with the nation’s cleanest ocean beaches. Twenty years ago, Delaware passed laws creating the Water Supply Coordinating Council after the 1995-2002 drought emergency and Nutrient Management Commission for farms to protect the Chesapeake and Inland bays and in 2000 Bill Clinton signed the bipartisan White Clay Creek Wild and Scenic River Act sponsored by then-Sen. Joe Biden and Rep. Joe Pitts, a Pennsylvania Republican, to protect the interstate watershed that supplies drinking water to a fifth of the First State’s residents. These cooperative water programs from a generation ago are good examples of the “Delaware Way” of getting along as a model for the nation.

Strategic U.S. water policy can tackle the four great challenges of humanity — climate change, the pandemic, racial injustice and the economy. At the Barcelona Climate Change Conference in 2009, scientists agreed that “climate change is water change” — the Clausius-Clapeyron equation holds that air warmed 2 degrees holds 7% more water vapor leading to more floods, drought, blizzards, melting glaciers and sea level rise. In March 2016, we were 200 scientists invited by former President Barack Obama to the White House Water Summit on UN World Water Day and after five years, look forward to Biden’s Earth Day summit this week — which could prove to be a 21st-century Bretton Woods of climate.