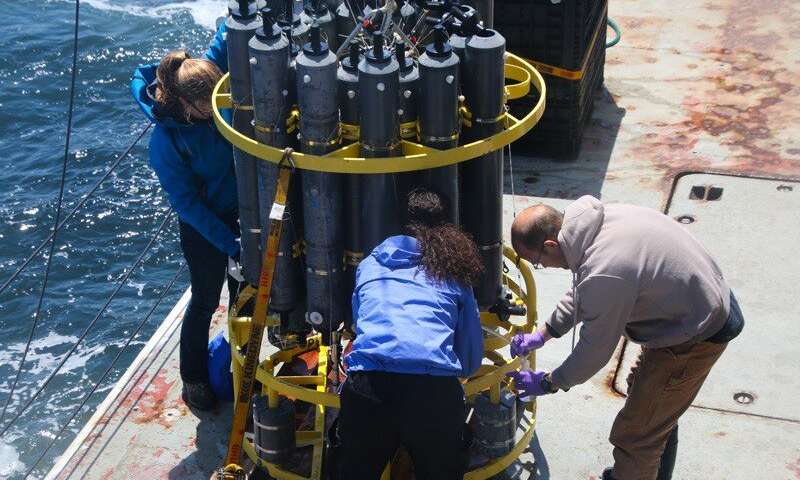 Among the Earth's biggest allies in the fight against global warming are the world's oceans. Since the industrial revolution, the burning of fossil fuels has caused carbon dioxide, the dominant greenhouse gas, to be released into the atmosphere. Approximately 25% of that carbon dioxide is taken each year from the atmosphere by the world's oceans—without which, the earth's atmosphere would have a higher greenhouse gas concentration and temperature.

While pulling the anthropogenic, or man-made, carbon dioxide from the atmosphere is good for the earth's system, it leads to problems for the world's oceans as dissolved carbon dioxide becomes carbonic acid and leads to ocean acidification, changing the chemistry of the world's oceans and impacting some of the life forms within it. In particular, the organisms that use calcium to build their carbonate skeletons—such as corals or mollusks—will have a harder time under acidified conditions.

To help determine the causes of ocean acidification on both coasts of North America, University of Delaware professor Wei-Jun Cai teamed with the National Oceanic and Atmospheric Administration (NOAA) scientists, as well as professors and professionals from numerous research institutes, to conduct an in-depth study that looks at carbon dioxide uptake and ocean acidification in the coastal oceans of North America.