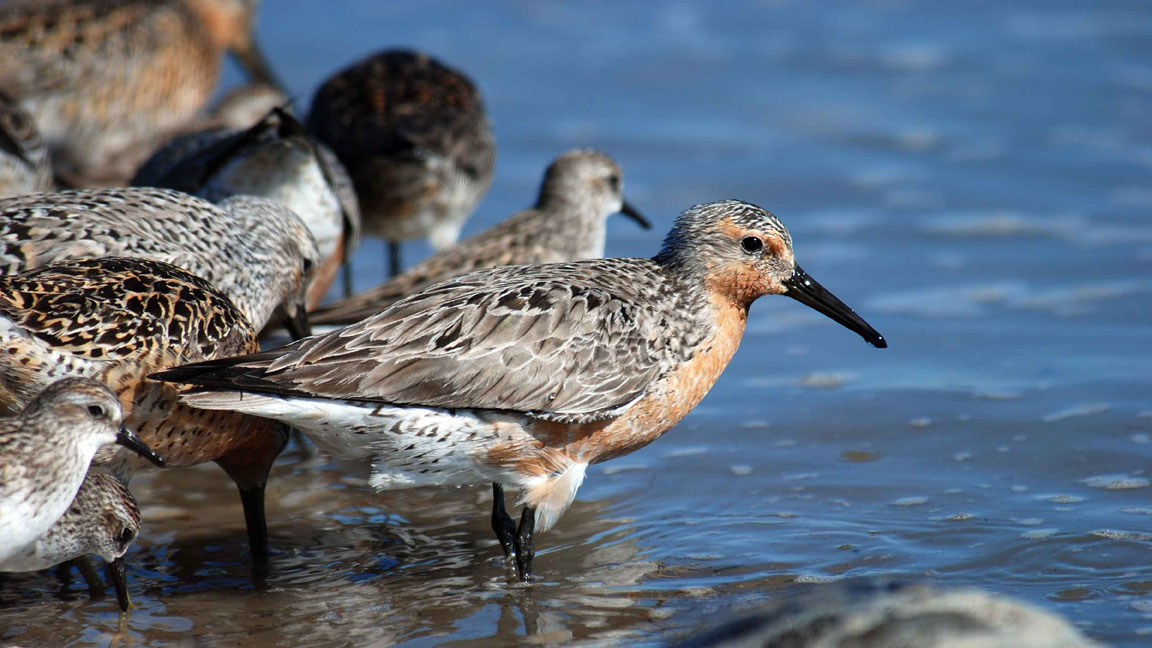 The number of red knots visiting Delaware Bay this spring plunged to a record low, pushing the shorebird’s local population closer to extinction despite a quarter-century of efforts to save it.

Naturalists scanning the beaches on both the New Jersey and Delaware sides of the bay during the May migration found only 6,880 of the birds this year, down sharply from 19,000 in 2020 and even further below the 30,000 recorded in 2018 and 2019. The latest number is now the lowest since records began in 1982.

The population of the bird’s rufa subspecies was already well below the level that would ensure its survival, and the unexpectedly sharp decline this year has renewed biologists’ fears that the numbers are now too low for the bird to survive in the long term.

“The subspecies is now much closer to extinction,” said Larry Niles, an independent wildlife biologist who has trapped, monitored and counted red knots and other shorebirds on the Delaware Bay beaches for the last 25 years.

Shocked by extent of decline

Niles said Thursday he had expected low numbers this year because of signs that last year’s migrants did not breed successfully but was shocked by the size of the latest decline.

In 2020, unusually cool ocean temperatures in the mid-Atlantic delayed the spawning of horseshoe crabs, whose eggs provide essential food for the knots to complete a migration that for some of them spans about 10,000 miles from southern Argentina to breeding grounds in Arctic Canada — one of the longest in the avian world.