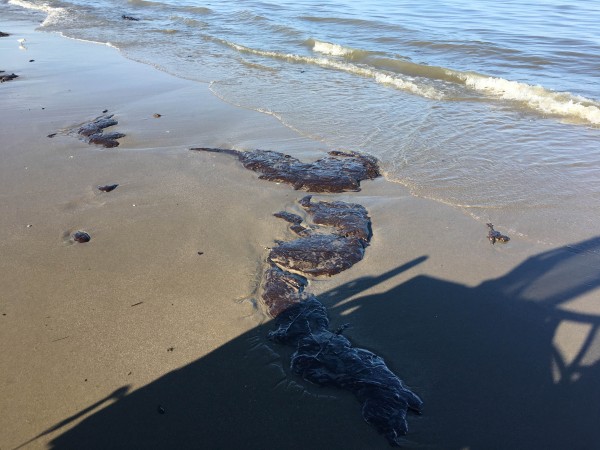 SLAUGHTER BEACH — As cleanup to a widespread oil spill continued Monday, officials urged the public not to handle any affected material or try to assist wildlife along the Delaware coastline.

The Delaware Department of Environmental Control said about 55 tons of oiled debris had been removed from beaches as of Sunday afternoon in a combined effort with the United States Coast Guard. The debris was enough to fill four construction Dumpsters, DNREC said.

“The job of removing oil from our beaches is challenging and labor-intensive, but we’re making progress,” said DNREC Secretary Shawn Garvin in an afternoon update. “Our teams are getting more and more of it off our beaches every day.”

The response began Oct. 19 when oil patties from an unknown source first washed ashore at Broadkill Beach and then drifted to beaches on both the Delaware Bay and Atlantic Ocean.

At the time, DNREC said about 215 gallons may have spilled from an unknown source, but said that estimate could rise. Investigation into the source continued Monday and no update on the estimated amount was available, DNREC said.