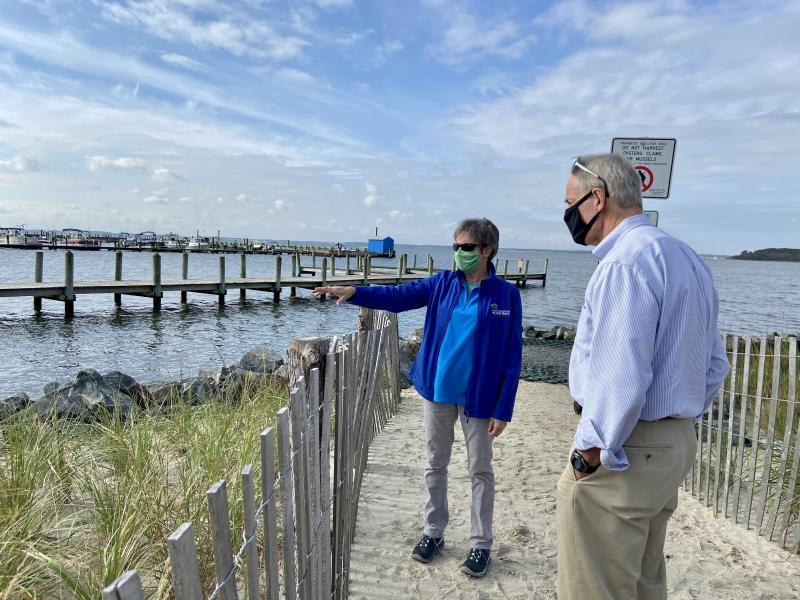 A shoreline stabilization and stormwater management system is reducing flooding on Read Avenue bayside in Dewey Beach, officials told U.S. Sen. Tom Carper during an Oct. 27 tour of the project.

“You don’t have to be a scientist to know what’s going on,” Carper said, noting officials had recorded the hottest decade ever on Earth and one of the most active Atlantic hurricanes seasons in history, fueled by higher sea surface temperatures.

The project, completed in spring, consists of a living shoreline and three-foot dune, tide gates and outfall pipes, an offshore braided oyster shell reef that stabilizes the shoreline and provides habitats for small animals, and a recreational kayak launch.