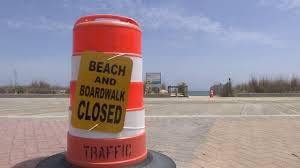 Delaware’s coastal towns are facing an uncertain future with business struggling and towns predicting a major loss of revenue.

“I can’t think of who hasn’t been touched by this in some way,” says Carol Everhart, the President and CEO of the Rehoboth Beach-Dewey Beach Chamber of Commerce.

The shoulder season in Delaware’s coastal towns is looking very different this year. “The restaurants, the shops, all the non-essential businesses it’s really been tough on them,” says Gene Langan, the Mayor of Fenwick Island.

Mayors up and down the state’s shoreline say their towns and cities are suffering with zero tourism. “Probably 100 percent of businesses in Dewey are having monetary issues right now,” says Dale Cooke, the Mayor of Dewey Beach.