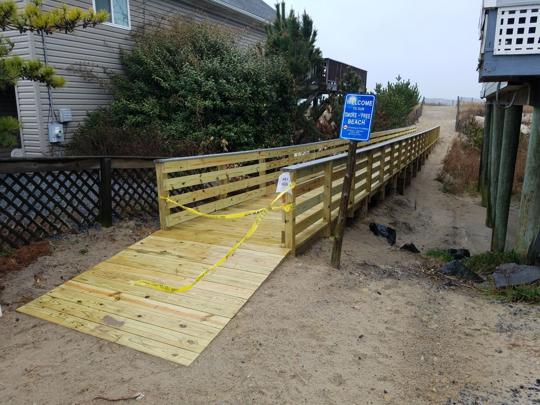 Just as South Bethany wrapped up construction of a new beach walkway at N. 6th Street, Delaware beaches were closed in the COVID-19 state-of-emergency. South Bethany officials opted to completely close its beach to the public that day, but they re-opened for exercise and dog-walking as of May 6 — the first of the local beaches to loosen such closures.

About two months after non-essential businesses were ordered to shutter and beaches were closed due to the spread of the coronavirus, Delaware and Maryland, as well as states nationwide, are beginning to reawaken.

Gov. John Carney this week said the beaches could again be accessible for general use around the end of May, and he announced that certain small businesses could reopen, with restrictions, beginning Friday morning. They include hair salons, clothing and shoe stores, and gift shops.

South Bethany officials on Wednesday announced that its beach would open for walking dogs and exercising, although dogs are not allowed there after May 15.