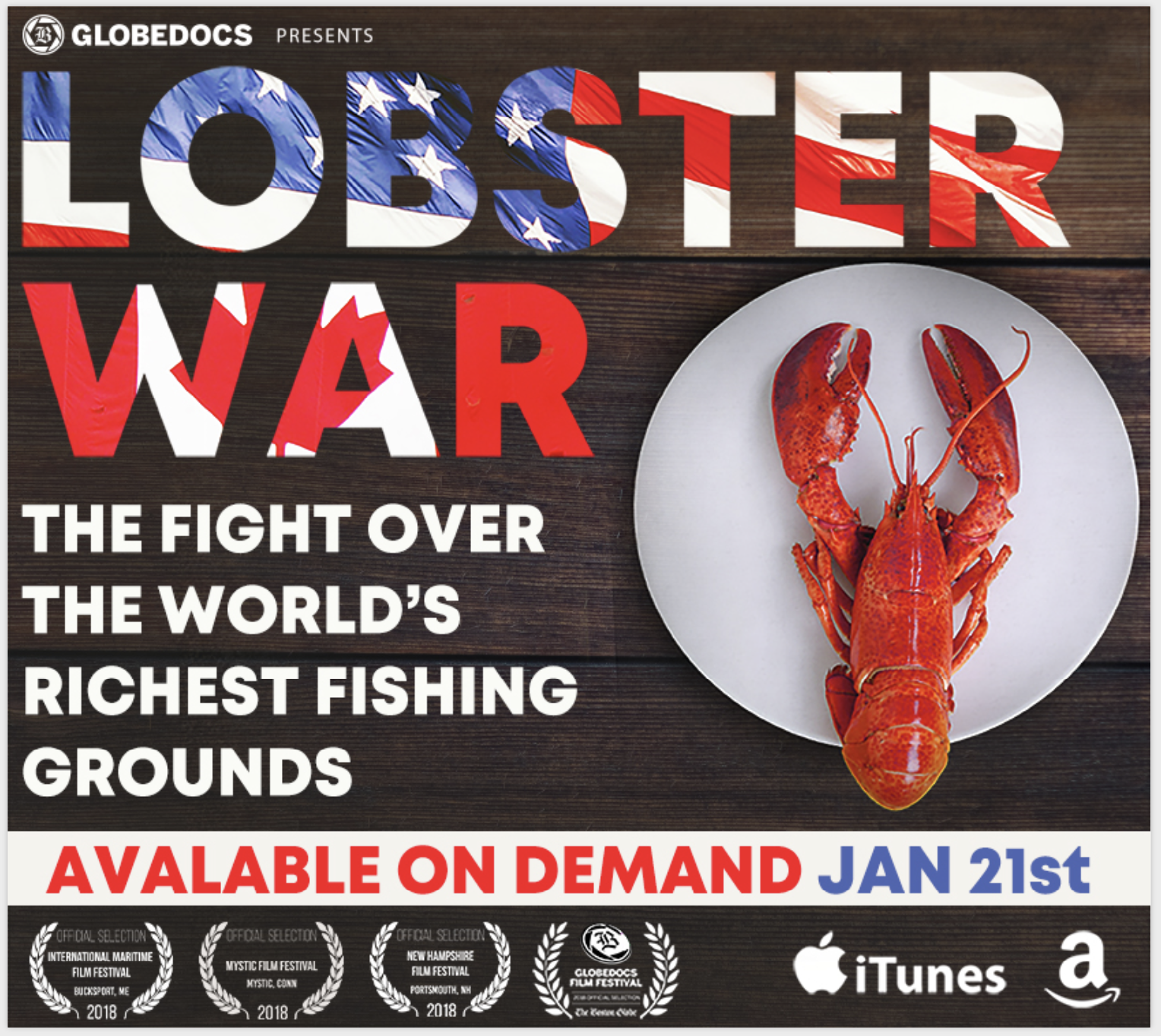 Lobster War is an award-winning film about a climate-fueled conflict between the US and Canada over waters both countries have claimed since the end of the Revolutionary War. “Lobster War” is finally available online and on TV! The film is about how climate change has affected a centuries-old conflict between the US and Canada over some of the world’s richest fishing grounds. Stream it now at links provided here

Lobster War is an award-winning documentary film about a conflict between the United States and Canada over waters that both countries have claimed since the end of the Revolutionary War. The disputed 277 square miles of sea known as the Gray Zone were traditionally fished by U.S. lobstermen. But as the Gulf of Maine has warmed faster than nearly any other body of water on the planet, the area’s previously modest lobster population has surged. As a result, Canadians have begun to assert their sovereignty, warring with the Americans to claim the bounty. Directed by David Abel, a Pulitzer Prize-winning reporter at The Boston Globe, and Andy Laub, an award-winning documentarian. Abel and Laub are also producers of the acclaimed Discovery Channel documentary Sacred Cod. See more at www.lobsterwar.com.

David Abel is a Pulitzer Prize-winning reporter who covers fisheries and environmental issues for The Boston Globe. Abel’s work has also won an Edward R. Murrow Award, the Ernie Pyle Award from the Scripps Howard Foundation, and the Sigma Delta Chi Award for Feature Reporting. He co-directed and produced Sacred Cod, a film about the collapse of the iconic cod fishery in New England, which was broadcast by the Discovery Channel in spring 2017. He also directed and produced two films about the Boston Marathon bombings, which were broadcast to national and international audiences on BBC World News, Discovery Life, and Pivot. His last film, Gladesmen: The Last of the Sawgrass Cowboys, is now being screened at film festivals around the country. Abel is the film’s director, producer, and co-director of photography. See more about Abel at www.davidsabel.com.

Here are the links to the film: