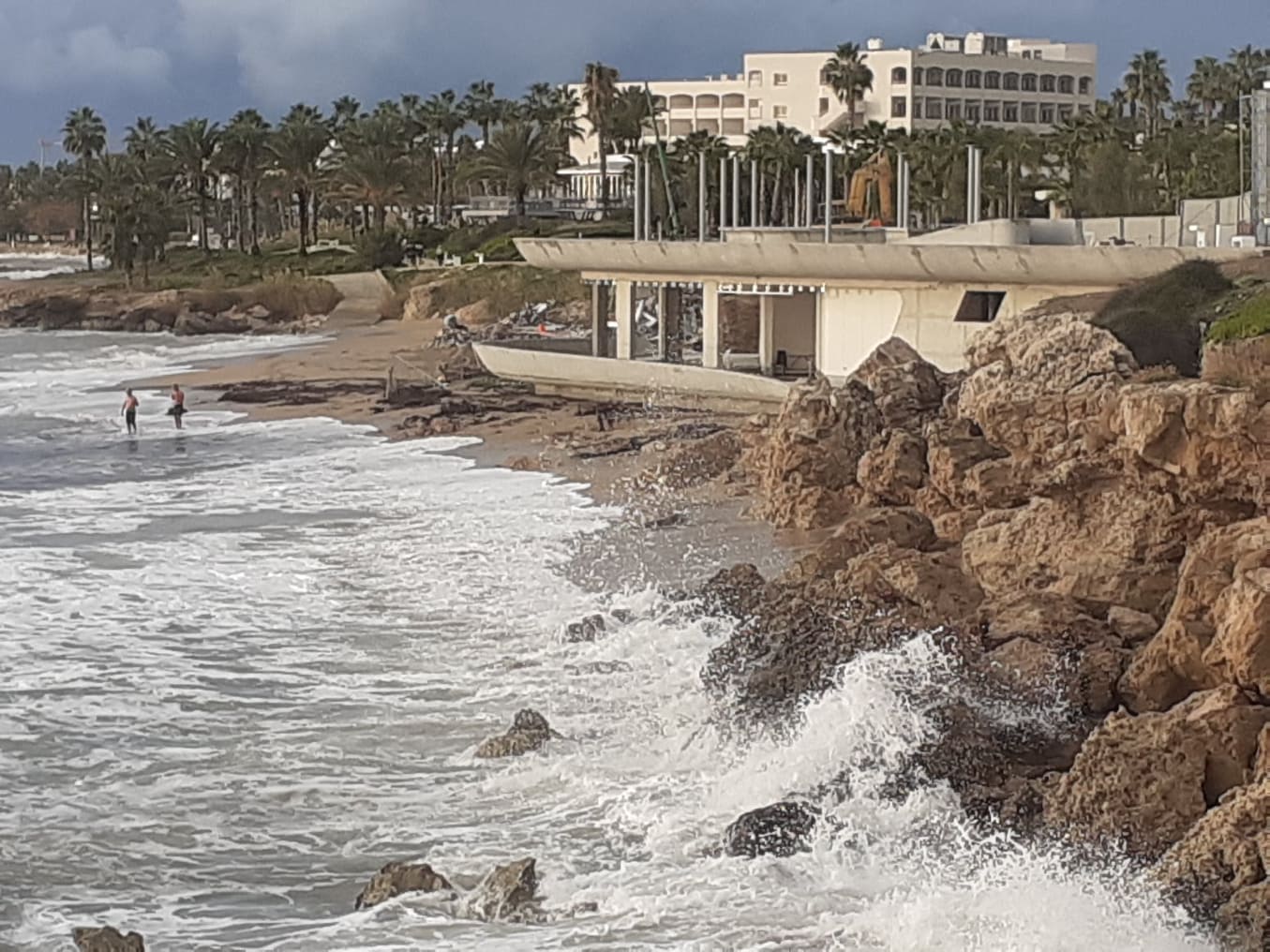 Cyprus - The beach will be lost: Warnings over new restaurant being built on popular Paphos beach

A new restaurant that is under construction on a popular beach in Kato Paphos has environmentalists angrily protesting over both its position and design, following recent storms that saw huge waves batter the building.

Paphos municipality was able to obtain special government permission for the project at Sodap beach and then issued municipality planning permits to themselves to build, according to the head of the Cyprus Green party, MP Charalambous Theopemptou.

“The protection zone on the beach is 100 metres and there is a protocol to follow which has not been done, nor was an environmental impact study undertaken,” Theopemptou told the Cyprus Mail this week.

Concerning the Barcelona Convention and other agreements, (which Cyprus is signed up to), the MP described the protocol which came out of the Integrated Coastal Zone Management (ICZM) as not being met. This is generally considered as the corner stone for the promotion of environmental protection and integration in the Mediterranean.

“The big issue here is part of the design. When there is a hard vertical surface like here, the wave hits the wall, some water goes up and some down. When the water that was thrown up comes back down the impact is big and it digs up the beach, you can guarantee there will be no sand left, it will erode away,” he warned.