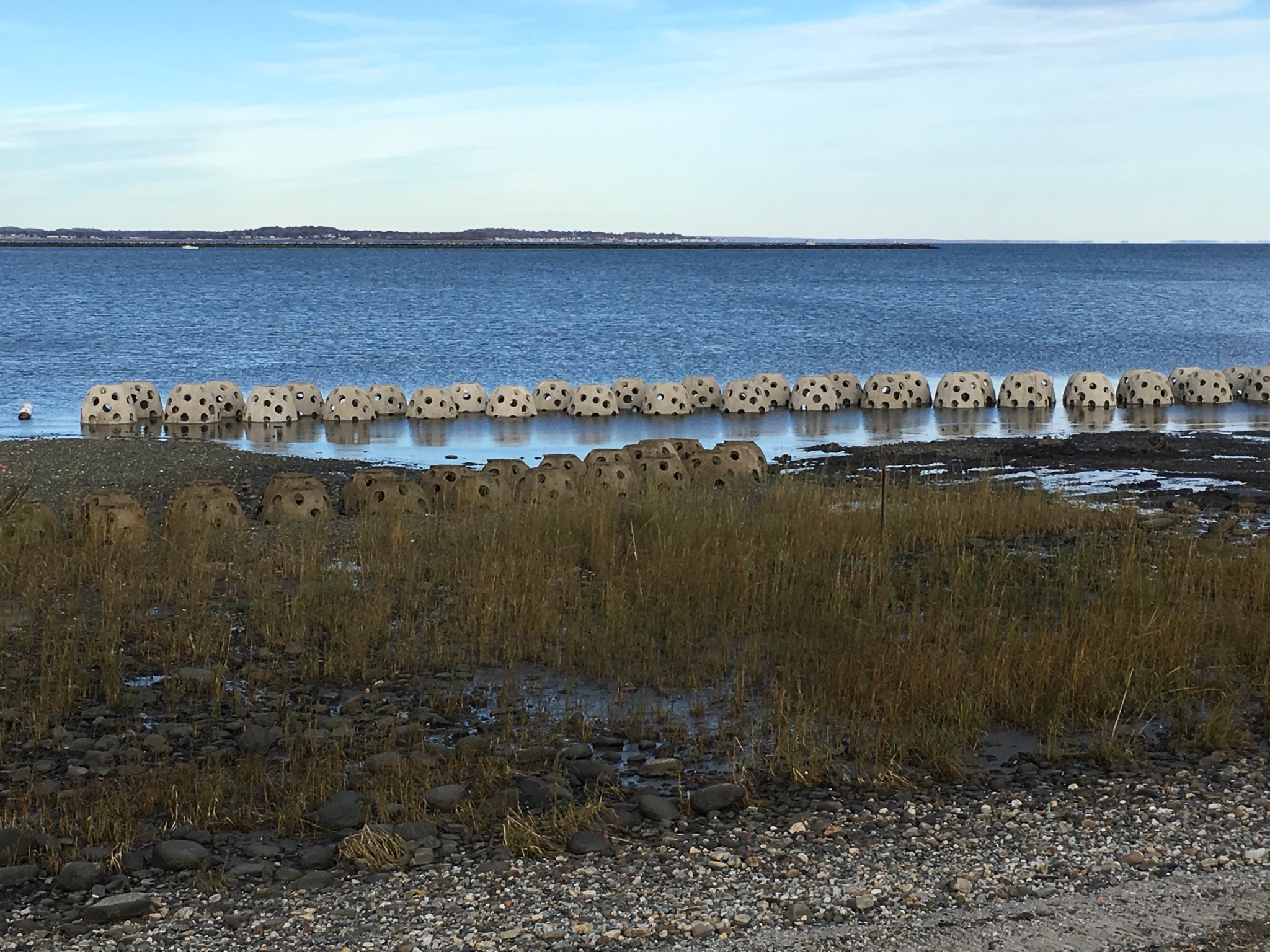 STRATFORD — An erosion control project led by two universities and a climate adaptation group has won a “Restored Shore” award from a coastal protection organization.

The project — called the Stratford Point Living Shoreline — is “an outstanding example of how to work with multiple partners and nature to solve some of our most difficult human-caused coastal degradation problems,” the American Shore & Beach Preservation Association said in announcing the award.

The living shoreline is a partnership between Sacred Heart University, the University of Connecticut, and the Connecticut Institute for Resilience and Climate Adaptation, with the support of the Town of Stratford.

The “living shoreline” consists of an artificial reef made up of 1,500-pound cement reef balls designed to reduce erosion and provide 750 feet of coastal erosion control, 4.5 acres of intertidal habitat, 1.5 acres of coastal dune habitat and 25 acres of woodland/meadow mix, according to the town.

The reef balls have reduced the energy of storm waves by 30 percent, allowing more sediment to accumulate and plants to grow, according to a government study.

“This project clearly demonstrates the importance of shellfish reefs in the protection of newly restored salt marsh and their role allowing time for marsh migration to occur as sea levels rise and storms increase,” the ASBPA said.

The project at Stratford Point, in Lordship near the mouth of the Housatonic River, was one of three in the country to receive the award.