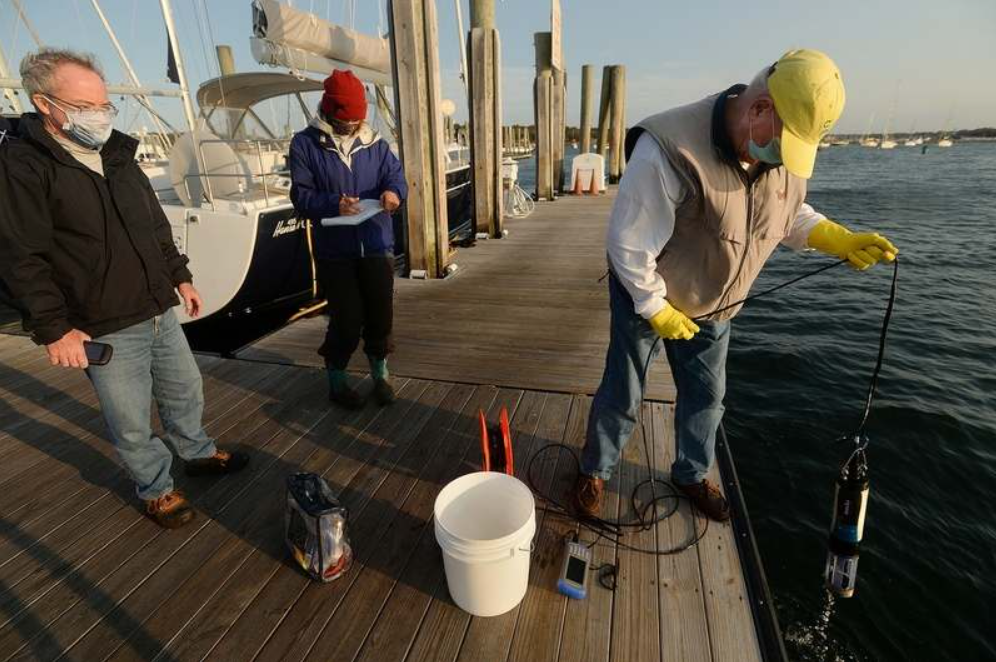 The eastern basin of Long Island Sound ranks high for water quality, as it benefits from lower population density in the region and natural tidal flushing from the ocean, according to the 2020 Long Island Sound Report Card released this past week by Save the Sound.

The eastern basin earned an “A+” grading in the water quality report card, which is released every two years, while western parts of the Sound, which face higher population density and less natural flushing from the ocean, fared worse, said Peter Linderoth, director of water quality for Save the Sound.

This year, the report not only graded the open water of the Sound, but also the water quality of 50 bays and bay segments to call attention to high-priority areas for restoration efforts, as well as areas that deserve continued protection, he said.

Southeastern Connecticut is home to some of the highest graded locations in the state — Outer Stonington Harbor, Mystic Harbor, Outer Niantic River and Inner Stonington Harbor — but also one of the lowest, with Wequetequock Cove receiving a “D-" grade.

The grades for the region are as follows: