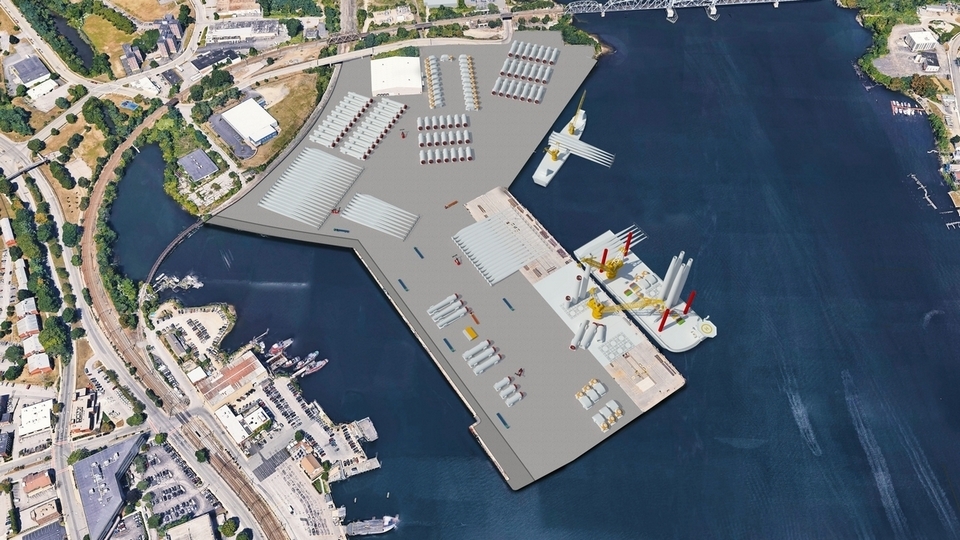 The permit, dated Dec. 16, allows for demolition of portions of the existing pier, dredging, installation of bulkheads and filling in 7.4 acres between the two piers to create a new Central Wharf area.

The permit is the final needed approval for the Connecticut Port Authority to start a portion of the work needed to transform State Pier into an offshore wind hub. The port authority's board of directors has authorized the funding for the upcoming work, which is being managed by the construction and engineering firm Kiewitt.

The state Department of Energy and Environmental Protection issued a state permit for the same work in August. That state decision withstood a court appeal by former State Pier tenant DRVN Enterprises. Other permits have allowed work on the ongoing projects related to the State Pier upgrades.

Andrew Lavigne, manager of business development and special projects for the Connecticut Port Authority, said there will be an update on the project discussed at Tuesday’s regular meeting of the authority’s board of directors.

Offshore wind partners Ørsted and Eversource have partnered with the state to fund the $235 million overhaul of State Pier as a staging area for several planned offshore wind farms along the East Coast. Ørsted has said the project is projected to produce 460 construction jobs and 100 offshore wind-related jobs and provide a boost to the local economy.

Critics of the project have said that most of the jobs are temporary and the lease of the pier by the offshore wind industry will serve to block traditional cargo vessels and a diversity of economic opportunities there.

Ørsted and Eversource, in a joint statement, said they “are proud to be Connecticut’s partner in addressing climate change, supporting economic development, and creating jobs through offshore wind and the redevelopment of State Pier.”

“We appreciate the U.S. Army Corps of Engineers’ thorough review of the Connecticut Port Authority’s permit application and congratulate the CPA on this significant milestone,” the statement reads. “With the receipt of the Army Corps permits, State Pier has cleared the last major remaining regulatory hurdle, and construction of the full project scope can now proceed.”

The federal permit comes with a set of conditions. The Connecticut Port Authority must conduct a formal Navigation Safety Risk Assessment that takes into consideration Navy vessels, ferry traffic, operations at Electric Boat and commercial and recreational vessels in the Thames River.

In addition to the anticipated increase in activity at State Pier, the facility will host a $500 million, 472-foot-long wind turbine installation vessel named Charybdis. The ship is expected to use State Pier to transport and install turbines in conjunction with Eversource’s offshore wind projects in Rhode Island and New York. Discussion on navigation risks was discussed at a public hearing held by DEEP.

No work is to be performed from Feb. 1 through May 31 to protect fish habitats, according to conditions outlined in the permit.