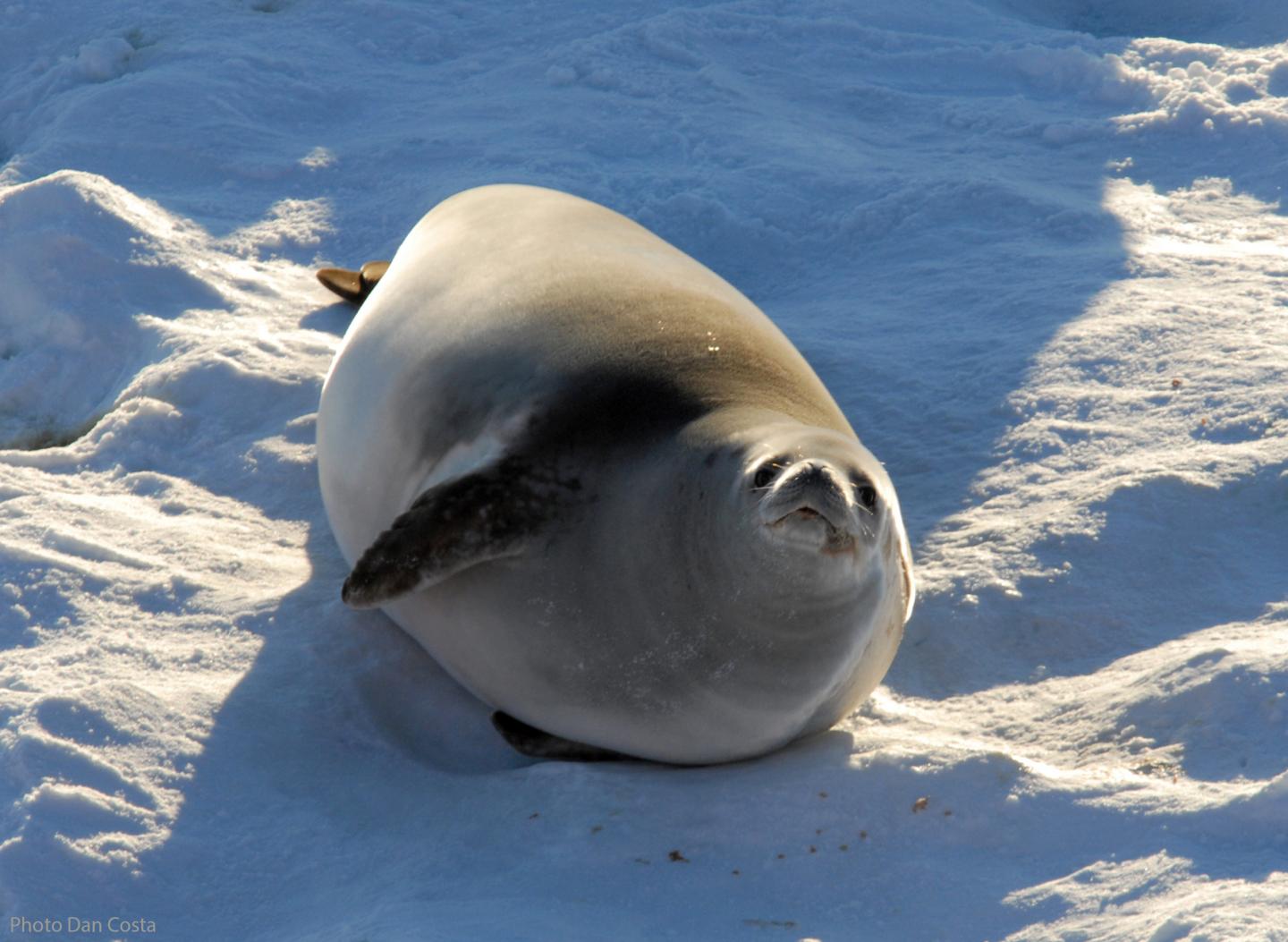 The western Antarctic Peninsula is experiencing rapid environmental change, with warming air and ocean temperatures and decreasing sea ice. How these changes will affect Antarctic krill is a crucial question, because this abundant crustacean is an important food source for a wide range of animals, from penguins to whales.

One species, the crabeater seal, feeds almost exclusively on Antarctic krill. Researchers have now used data from tracking studies of crabeater seals to build a habitat model that can be used to infer the distribution of krill and project how it is likely to change in the future. The study, published April 27 in Nature Climate Change, was led by scientists at UC Santa Cruz.

"We're using the feeding behavior of this one predator as an indicator of the habitat for their prey and how that could change," said first author Luis Huckstadt, a researcher in the Institute of Marine Sciences (IMS) at UC Santa Cruz.