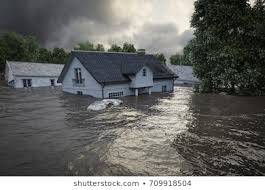 COVID-19 Is a Global Battle. But Climate Change Is Still the World’s War, According to Swiss Re

After a community is struck by a natural disaster, it’s easy to see the physical damage. Power lines may be downed after a hurricane or tornado. Water stains mark the siding of houses after a flood retreats.

While it’s easy to see the physical damage, it can be harder to translate these losses into economic terms. Natural catastrophes, or Nat CATs, can result in both visible losses, such as severe property damage, and invisible ones, including prolonged business interruption.

As global climate change causes an uptick in natural disasters, so too will insurance costs climb.

The costs of these events can amount to millions in economic losses, many of which are not covered by insurance. Swiss Re’s annual Natural Catastrophes Sigma takes a look at the economic losses caused by natural and man-made disasters in 2019.

The Report By the Numbers