International
This image and diagram illustrate the extension along the Avana foreshore. 22111821 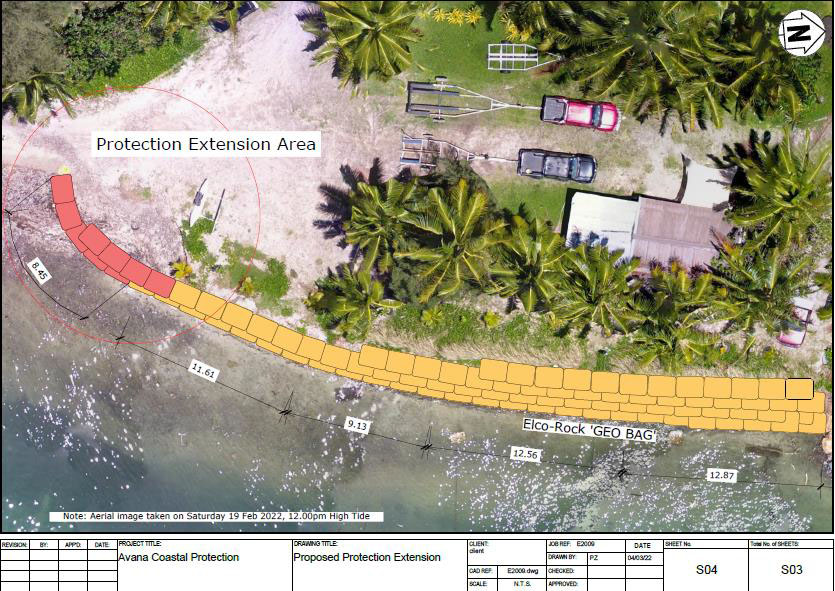 Cook Isl - Weighing up the alternatives in protecting the Cooks from coastal erosion: Where to next?

Avana Harbour on the eastern side of Rarotonga has been in the spotlight this week as residents awoke on Monday to find a digger dredging in the narrow stretch of water. Al Williams investigates what this project is all about.

Landowners were hot under the collar, some concerned about the digger moving silt in the harbour.

They were not made aware of the operation, and horrified to see the harbour changing colour with sediment.

After some investigation, it was revealed that what they witnessed, is a pilot programme in action.

The first of its kind in the Cook Islands.

And the programme has been extended, as a small stretch of coastline in the harbour continues to suffer from the effects of storm surges and outflowing currents.

Avana is a location of significant historical interest as it has been known as Te Avatapu-ki-Avaiki (the Sacred Passage to Avaiki, the ancestral homeland of the Polynesian people).

“The knowledge and skill of navigation possessed by the Polynesians far exceeded those of Western nations at the time.

“It is believed that as many as a hundred voyages to Aotearoa (New Zealand) were made by vaka (traditional double-hull canoes) from this site.

“There are even accounts of voyages made from French Polynesia and the Marquesas to Avana before continuing on to Aotearoa.”

Technical director Kelvin Passfield says the Society was looking for a pilot site as the technology has been successfully trialled elsewhere.

Now the Society is looking for funding to assist with similar schemes in the outer islands.

National Environment Service (NES) is the regulatory body for projects that may have an impact on the natural environment, and its director Halatoa Fua says coastal protection is a key component of environmental compliance of which NES assesses the impact and the necessary mitigation.

The first step for NES is to understand the full scope of works to determine the environmental impact, before approval is given and an engineering report is submitted to the Rarotonga Environment Authority (REA) to consider.

An Environmental Impact Assessment (EIA) permit is then issued which requires an EIA report, and 30-day public consultations for the REA to consider.

What it comes down to at Avana is the use of geotextile bags.

The Avana project, launched in 2020, has two main objectives;

The area is scoured by wave action, especially during high tides or stormy weather. The project involves the partial excavation and removal of the existing bags full of coral rubble and sand, which are a legacy from the Japan Fund wharf project.