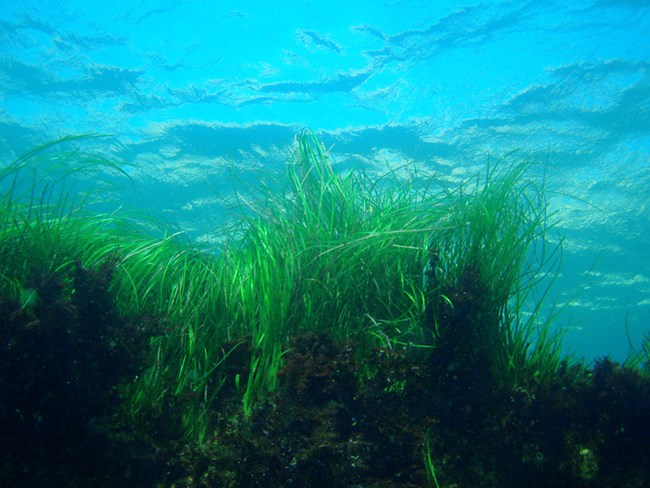 It absorbs carbon. It reduces emissions on dairy farms. It can be used as food, fuel and fertilizer. It requires nothing but seawater and sunlight to grow.

Seaweed has become a symbol of hope in mitigating climate change, and at least a half dozen companies are actively trying to farm it in California. They aim to be part of what’s called the blue economy, a movement to use the ocean’s resources in a sustainable, if not regenerative, way. But getting a permit to set up a seaweed farm in state waters involves navigating a permitting process that can take many years and cost many thousands of dollars.

“I just don’t understand why this is so difficult when it’s something that is so important and could be so good for the environment,” said Daniel Marquez of PharmerSea, who has waited six years to get state permission to farm kelp on the 25-acre underwater site he leases north of Santa Barbara, for use in research and in the cosmetics company he owns with his wife. He supports state environmental protections, but said, “We’re just asking, ‘Can you can you move it along a little bit?’ Because this is ridiculous.”

Pointing to thriving seaweed farming industries in Alaska, Hawaii and Maine, would-be California seaweed growers say the bottleneck is getting in the way of what could be a boon to the environment. With the exception of a few locations where the state has granted jurisdiction to local harbor districts or ports, California has not issued a new lease for commercial aquaculture, including seaweed or shellfish, in more than 25 years.

The main reason is likely because applicants are uncertain they would be approved after going through what can be an expensive environmental review process required by California Environmental Quality Act, said said Randy Lovell, aquaculture coordinator for the state Department of Fish and Wildlife.