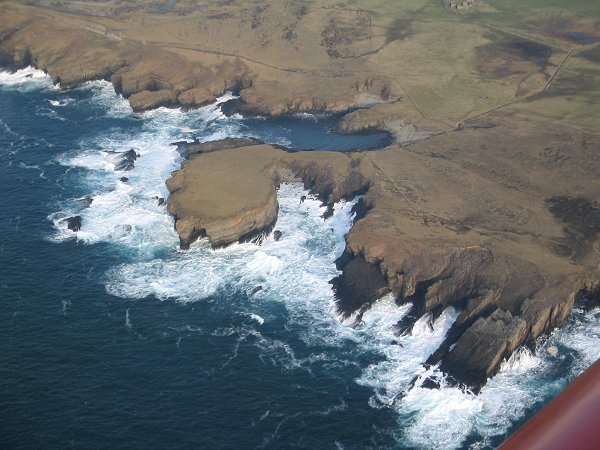 ‘Collapsologie’: Constructing an Idea of How Things Fall Apart

Marco is particularly well-liked among the residents at the retirement home where he works. He attends painstakingly to their every need and discomfort. They confide in him, just as he confides in them. He has painted a collage of bright scenes on the bedroom window of one elderly woman with whom he is particularly close, and with whom he shares a taste in crass humor. As he adds a red rocket ship to the motley tapestry, however, he notices something rustling in the woods down below.

His former co-workers, gone presumably for several days, are carting away the home’s remaining food. When he goes out to stop them, they tell Marco that it’s futile: more supplies will not come, and he’s silly to chain himself to this spot. They tell him where they’re camping that night and that he’s welcome to join. After a moment or two of protest, he goes back inside and tries to pretend as if nothing has changed. But the hopelessness of the situation finally catches up with him. Affixing a respirator to a gas tank unhinged from a utility closet, Marco goes about the thankless task of helping his residents check out early.

So goes the sixth episode of the new French mini-series, L’Effondrement, that premiered this fall on the Canal+ network. Made up of eight stand-alone vignettes, L’Effondrement, or “Collapse,” is set in the near future. This dystopia, as the title suggests, inverts the logic of shows such as the British drama series Black Mirror, which allows viewers to savor their claustrophobic entanglement in a watertight technological apparatus beyond their control. Max Weber’s “iron cage” of modern society’s bureaucratic rationality is not so rigid, L’Effondrement would have us believe. Instead, confronted by the rickety foundations of all we’d taken for granted, we relish the possibility that we might be swept away once everything falls apart.

A global spike in energy prices, frozen industrial supply chains, climate shocks such as crop-destroying heat waves and rapid ecosystem decay—it is not until the series’s final episode, a flashback to the days before the collapse, that we get something of the broader picture. A group of activists, Extinction Rebellion style, have hatched a plot to sneak a rogue climate scientist into a talk show studio where the environment minister is slated to give a reassuring appearance. When the activists rush the stage, the minister graciously allows the scientist to give his rant, after which she dismisses him as an extremist: “You’re a collapsologue!”