Coastwide
A NOAA graphic shows where hurricanes formed over the last 40 years. The north Atlantic was a hot spot. NOAA. 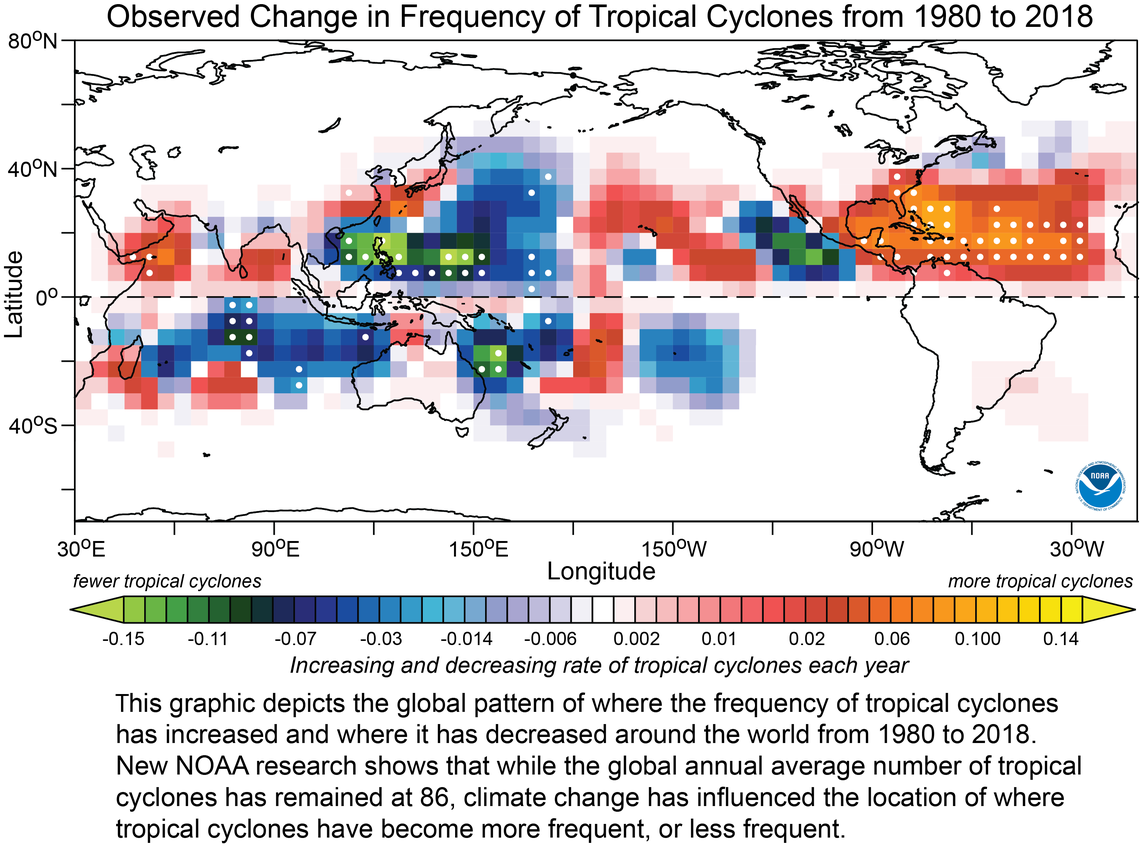 In the last 40 years, the East Coast, including Florida, has been hit by dozens of hurricanes. New NOAA research suggests human pollution may have increased the likelihood of those Atlantic basin storms, but not in the way you might expect.

A decrease in aerosol pollution over the last 40 years, along with a couple of volcanic eruptions, played the largest role in the increase in hurricanes, said lead author Hiroyuki Murakami, a climate researcher at NOAA’s Geophysical Fluid Dynamics Laboratory.

Climate change also played a role, although it was “outperformed” in the Atlantic basin specifically by aerosols and volcanoes, Murakami said.

This is the latest in a line of research that seeks to disentangle the complex relationship between climate change and natural variability in hurricane formation.

The study by the National Oceanic and Atmospheric Administration examined every storm from 1980 to 2018 and found that the buildup of greenhouse gases in the atmosphere, along with changes in other human pollution, has changed how often storms form in certain locations. Some spots, like the Atlantic basin, saw a “substantial increase” in storms, but other spots, like the southern Indian Ocean, saw far fewer.