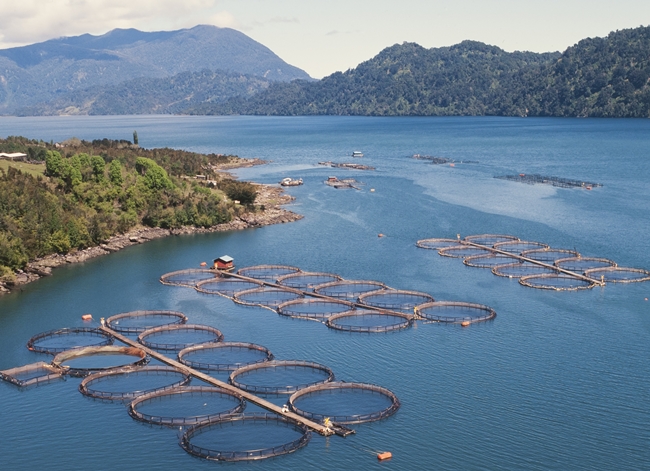 The head of Chile’s Undersecretary of Fisheries and Aquaculture (Subpesca), Alicia Gallardo, has outlined to the senate the government’s plans to relocate some salmon farming concessions, with technical projects approved in the Magallanes region in order to remove operations located inside the Alberto de Agostini National Park.

According to the presentation, made in the senate by Subpesca Head of the Aquaculture Division Eugenio Zamorano, Subpesca estimates that some 500 salmon concessions should be relocated, out of a total of 1,320 that the industry operates, with plans to merge some farming centers.

To date, there are a total of 270 applications in process: 74 in the Los Lagos region, 183 in Aysén, and 13 in Magallanes. So far, there are nine relocation requests whose technical projects have been approved by Subpesca and are in the final review stage by the Armed Forces, local publication SalmonExpert reported, citing sources from Subpesca.

Total aquaculture space is expected to be reduced by 18 percent, with larger centers being formed but with more distance between them. The undersecretary said that priority will be given to moving sites near the coastline and with water recirculation problems. At the same time, Subpesca will continue reviewing sites or groups of salmon concessions that meet the characteristics for possible relocation. The idea is to have fewer, larger, and more distant concessions to improve sustainability while facilitating the inspection of the sector.

Salmon Farming in Chile: The Ugly Truth - The Borgen Project

As Subpesca considers relocating concessions, Chile’s senate is considering a bill that proposes to halt new salmon farming concessions in the Los Lagos, Aysén, and Magallanes regions until at least 2030.

The bill was presented last year by parliamentarians Ximena Órdenes and Alfonso de Urresti, "taking into special consideration the fragility of ecosystems, in a climate change scenario that is having effects on the environment," according to the wording of the proposed legislation.

Further, in mid-December a group of representing three indigenous peoples - Mapuche Huilliche, Kawésqar, and Yagán – presented a case before the Inter-American Court of Human Rights, saying the state of Chile has violated indigenous communities’ human and environmental rights by permitting the installation and expansion of salmon farming.

As reported by local newspaper El Divisadero, the meeting took place within the framework of the Commission’s 182nd session and was attended by members of the three indigenous groups, together with an environmental law and human rights lawyer and the oceans coordinator at Greenpeace.