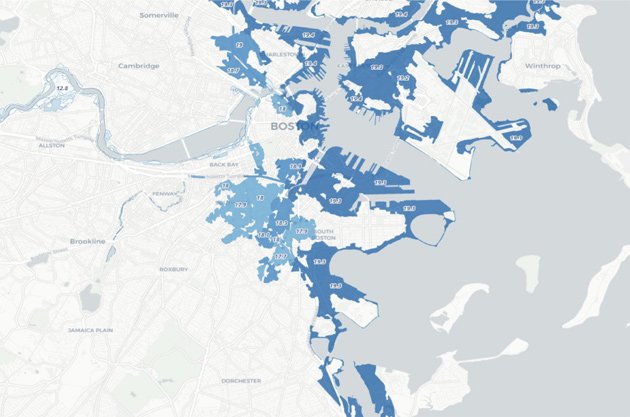 City officials are looking at a possible zoning overlay that would require homeowners looking at extensive renovations consider how to deal with seawater flooding that will come as sea levels continue to rise and storms intensify, and they've developed some possible guidelines for retrofitting those most Boston of dwelling units: Triple deckers.

In recent years, the city has required developers in certain areas that face potential widespread flooding in coming years to show what they're doing to make their buildings more "resilient" to flooding, for example, by putting their building's first floor above the anticipated top of flooding, placing their building's electrical and mechanical systems on upper floors and installing landscaping that could double as giant sponges during floods.

In a presentation to the Boston Civic Design Commission last week, Chris Busch, the BPDA's assistant deputy director for climate change and environmental planning, discussed creation of a zoning overlay that would impact both new development and existing homes and residential buildings whose owners need city permission for improvements.

The presentation talks about measures that would apply to various types of buildings, but zeroes in on triple deckers, a mainstay of the city's housing stock, especially in areas that could be hard hit by flooding as sea levels rise and storms intensify: East Boston, Charlestown, South Boston and Dorchester.