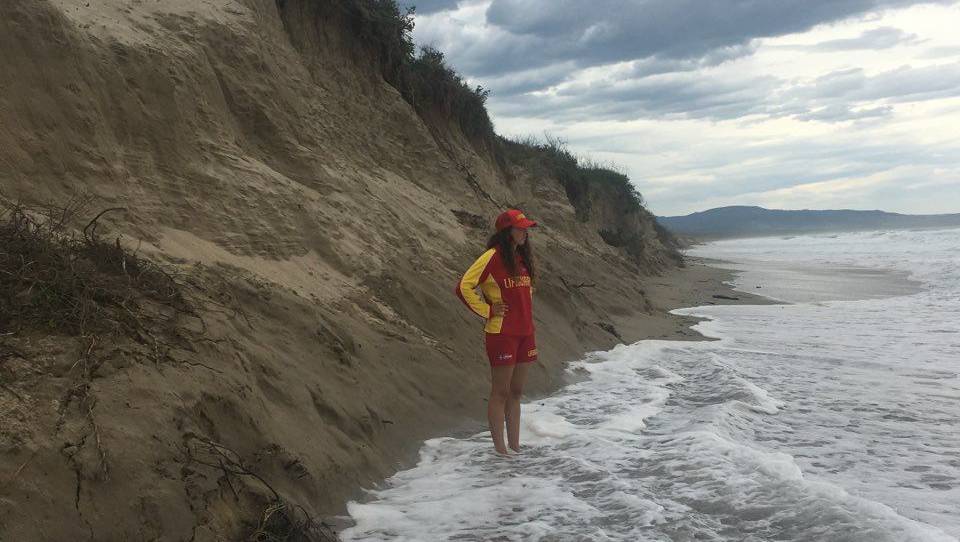 A popular South Coast beach could become a "no go zone" due to dangerous erosion issues brought by large swells this week.

Seven Mile Beach stretches from Gerroa down to Shoalhaven Heads and Comerong Island - with the southern end badly affected by erosion. The beach has virtually been swallowed up to back to the sand dune, leaving a dangerous four metre drop to access the water.

Shoalhaven Heads Surf Club president Karl Poulton has urged beachgoers to take care while trying to access and use the beach.

"It's very dangerous," Mr Poulton said. "Really there is no beach left at all. Large swells have just stripped the beach away and we are virtually back to the dune. Accessing the beach, or what is left of it, is extremely dangerous. There is a three to four metre drop off just to get to the water."

He urged beachgoers to stay safe.

"The drop off is right out the front of the surf club building and extends 500 metres to both the north and south," he said. "Beach access is extremely restricted. People virtually have to jump or drop three to four metres down just to get to the water."

He said beach patrols in the area would also be restricted due to the massive erosion.