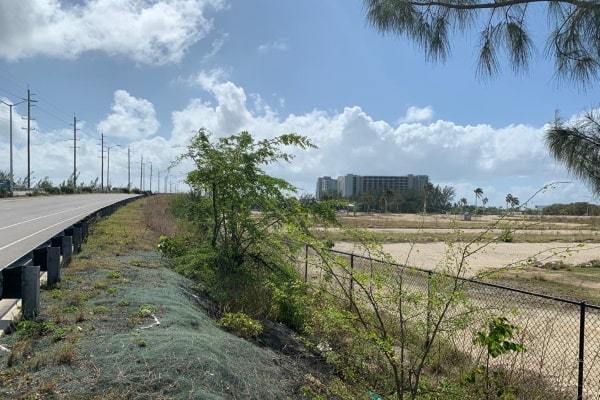 Local activists have raised concerns that around ten beach access points that have been used by Caymanians for generations will be lost if Dart gets approval for a 157-acre planned area development (PAD) located astride the Esterley Tibbetts Highway between Salt Creek, Yacht Club, Vista Del Mar and Governor’s Harbour.

Already controversial because of its impact on the last remaining area of mangrove on the western side of Grand Cayman and plans for new canals, including one under the highway, the loss of so many access points is adding to concerns about what many residents see as a wholly unnecessary and damaging project.

Cayman Beach Watch, a local NGO that has been campaigning hard to protect beach-access rights, raised the alarm this week after the application by Crymble Landholding for a PAD was posted on the planning site showing the block and parcels covered by the proposed new town and the access points that will be likely lost if the development is given the green light.

“We know the CPA has been approving all of Dart’s beach access blocking applications,” the activists warned in social media posts, as they urged the wider community to stand up and defend their access rights. The Central Planning Authority (CPA) has previously approved a number of closures of beach access on development by Dart’s web of companies, blocking four access points along Seven Mile Beach. “Since 2019 these Dart beach access blockages have been challenged in a court case; the case is still ongoing,” the activists added

However, the cases have been heard behind closed doors. Not only have the media and public been shut out from these hearings in the Grand Court, gag orders have been imposed on the parties that prevents the activists from revealing what has been going on, despite the significant public interest.

Cayman Beach Watch is now urging all residents to submit to objections the planning department to the proposed blocking of these additional beach accesses.