Mid-Atlantic
Even in a pandemic, oysters are favorite for the Thanksgiving holiday. (Chris D. Dollar) 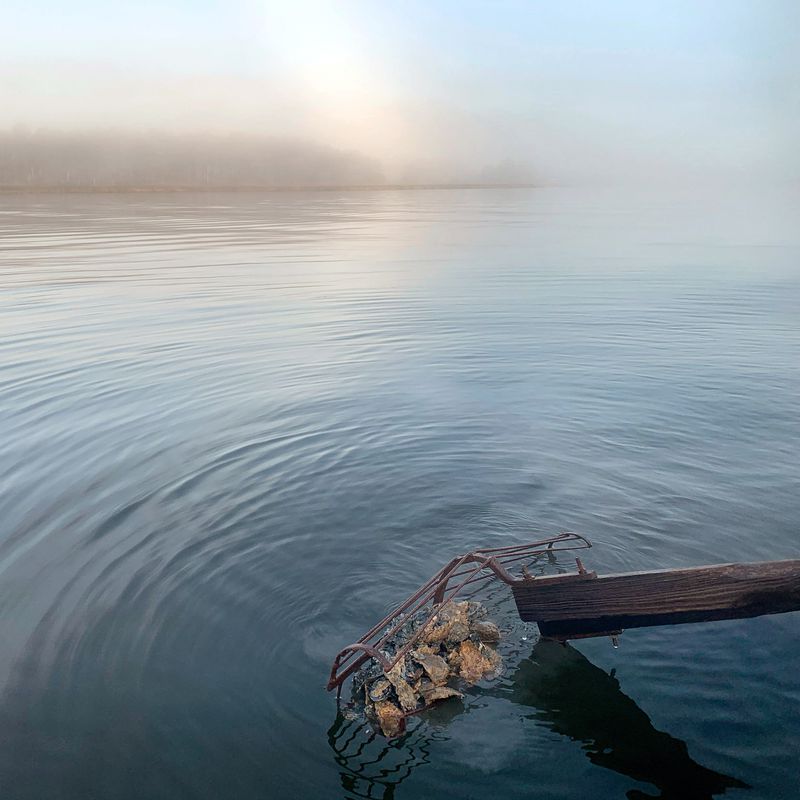 Chris Dollar: Eating oysters is a celebration of the simple joys of life | COMMENTARY

I took a slight detour from rockfishing recently to join my buddy to do some DIY oystering on the lower Bay. Masked up, I sat on the bow as he maneuvered his skiff out of the creek through fog-diffused first light toward an oyster bar he’d marked on his GPS. We idled past a marsh bank where we could hear voices —Youth Day waterfowlers perhaps? No way to tell if they were 50 or 500 yards away.

As I played out the anchor rode I could feel the vibrations from rattling over oysters. When it was my turn to man the 16-foot shaft tongs, they felt heavy and awkward at first. Against an outgoing tide, I could really feel the force of the water. It wasn’t embarrassingly long that I got a little rhythm, good enough for a rank amateur.

Together we hauled in 80 fine-looking bivalves; a dozen I ate from the shell, the rest I topped with smoked bacon and Manchego cheese and set under the broiler for five minutes. Then I proceeded to eat and drink myself into a most satisfying stupor.

Twenty-five years have passed since I first used shaft tongs. My tutor was the late Earl White, who was helping me to run a teacher’s trip on the Patuxent River. Years later he was named an “Admiral of the Chesapeake” for his decades-long career working bigeyes and skipjacks and then later as an authentically dynamic orator who shared his firsthand experiences of the Bay oyster fishery as an educator on the skipjack Stanley Norman.

On that day on Hawk’s Nest bar many years ago, a dozen educators and I were spellbound by his tales of endless oyster hauls and insanely ferocious storms. As he spoke he guided the tongs through the river’s swift current like a hot knife through butter. In an almost singular motion up came the shafts, with the tines loaded with oysters.Native people simply plucked shoreline oysters as easily as you’d pick an apple, I assume, so abundant were Eastern oysters.

Early European settlers mimicked them, and as following generations began to harvest more and more of these tasty and valuable shellfish, they developed more efficient tools and methods. Traditional Chesapeake shaft tongs are made of Southern longleaf yellow heart pine, which is what we were using.