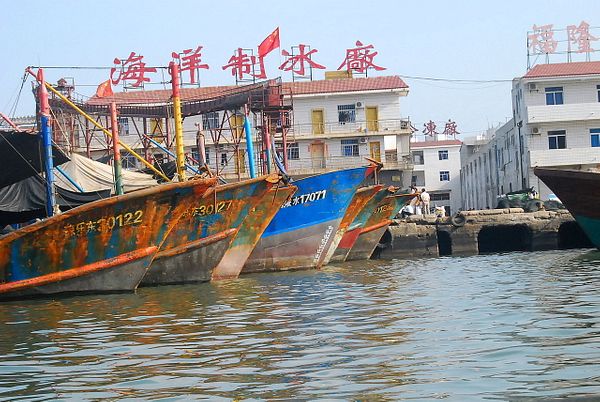 Too many Chinese vessels, whether fishing boats or dredgers, destroy marine protected areas.

Recent reports claimed that a Chinese fishing fleet was being monitored by satellite systems 160 miles from the biodiversity-rich Galapagos Islands, a UNESCO Heritage Site made famous as a showcase of evolution in Charles Darwin’s studies. The Ecuadorian Navy noted that 260 Chinese vessels were located beyond the exclusive economic zone, along a major fishing migration route between the Galapagos Islands and the Ecuadorian coast. In 2017 and 2019, environmentalists also sounded the alarm after a Chinese fishing fleet approached the area. The Galapagos archipelago, located in the Pacific Ocean, is home to rare flora and fauna — marine iguanas, flightless cormorants, giant tortoises, huge cacti, endemic trees, and many subspecies of mockingbirds and finches. The islands are an ecological tourism site with unparalleled biodiversity, starting from the sea bottom. Several foreign organizations, trusts, foundations help fund projects to conserve the endemic species in its national parks and protected areas. Overfishing would jeopardize this protected area.

In other parts of the Pacific, Chinese fishing vessels have caused tensions on account of incursions in areas under the exclusive jurisdiction of other states; accusations of  illegal, unregulated, and unreported (IUU) fishing; and repeated harassment of small Vietnamese, Philippine, and other fishing vessels in the South China Sea, especially near disputed territories, where the fish catch has been steadily decreasing. These fishing fleets are more properly understood as China’s maritime militias, displaying China’s firm resolve to maintain its presence in the South China Sea, even in areas  where other coastal states have exclusive jurisdiction according to the UN Convention on the Law of the Sea (UNCLOS), which China and neighboring states ratified. These vessels are used to assert a stake in the disputed areas of the South China Sea  and are often accused of IUU fishing.