International
An entrance to the tunnel, located near the neighborhood of Tai Hang. Joshua Berlinger / CNN 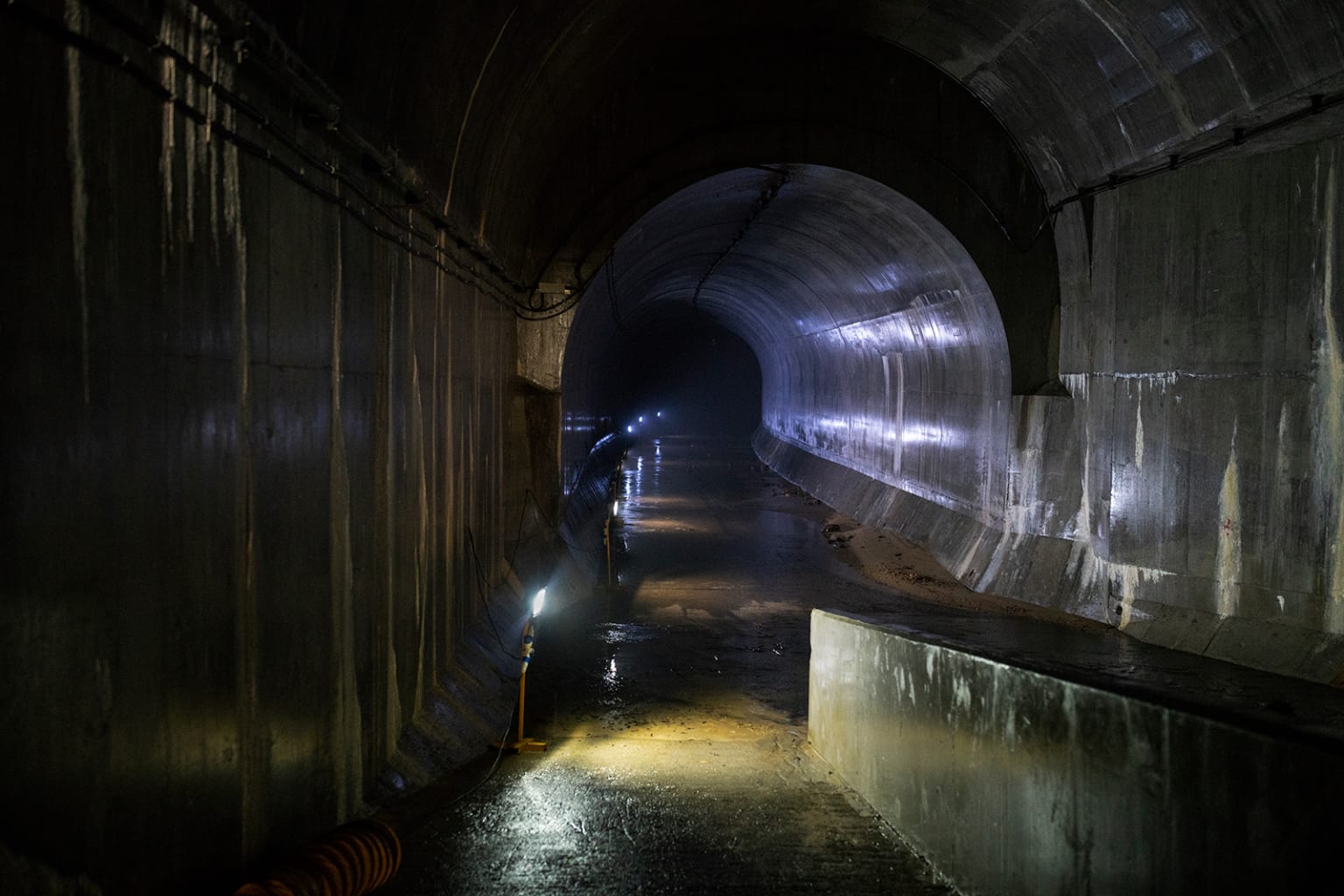 The city's complex drainage system protects Hong Kong from once-disastrous flooding caused by seasonal typhoons. But will it be strong enough to withstand the effects of climate crisis?

Below the mountains that overlook Hong Kong's financial district, drainage engineer Alex Lau is ankle-deep in water flowing into a giant tunnel almost twice the height of a double-decker bus.

Part of a ground-breaking, $3.8 billion (30 billion Hong Kong dollar) drainage network, this tunnel runs nearly the length of Hong Kong Island and has saved the city from floods that decades ago routinely cost lives and caused widespread destruction.

"This tunnel intercepts about one third of the rainfall for the northern Hong Kong area," Lau says, as he looks west to the point where the tunnel fades to black. "We have about 34 intakes and all the intercepted water will be diverted into the tunnel and carried all the way to the sea."

Dug with two vast tunnel-boring machines over five years, beginning in 2007, the 10.5-kilometer-long (6.5 mile) tunnel, about half the length of Manhattan, has solved a basic but pressing problem facing one of Asia's wettest cities: rain. Hong Kong receives about 2,400 millimeters it per year, according to the Drainage Services Department (DSD). And about 80% of that water falls in just a few months.

But building this network in one of the world's densest cities wasn't easy. Hong Kong Island was already criss-crossed by tunnels, carrying the city's subway system and accommodating roads that slice through the mountainous landscape.