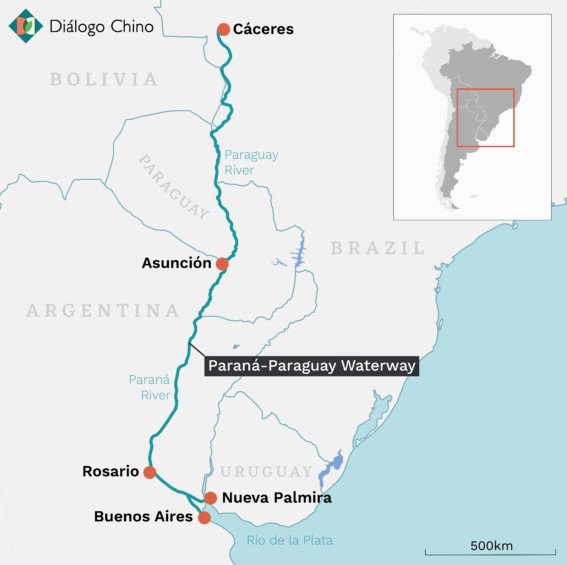 Five companies have shown interest in taking over the dredging, signalling and maintenance of the Argentine section of the 3,442km Paraná–Paraguay waterway, with the current concession having less than a year to run.

Some 25 years ago, the five countries that the Paraná–Paraguay waterway crosses - Brazil, Bolivia, Paraguay, Argentina and Uruguay - formally agreed to cooperate on dredging, signalling and maintaining what has become a vital route for the export of goods. According to official figures, the waterway moves 75% of Argentina’s foreign trade, mainly soy and grains.

“There is no other place in the world where in 70km of coast there are a total of 29 port terminals and so many soybean and derived products, such as flour, oils and biodiesel,” says Julio Calzada, director of economic studies at the Rosario Stock Exchange.

The new concession would seek to deepen and widen the waterway, a concern for environmentalists and nearby communities who are demanding an environmental impact study.

The concession for maintaining the waterway was granted in 1995 to Hidrovía S.A., an alliance between Argentine company Emepa and Belgian firm Jan de Nul. After some controversial modifications and extensions to the original 10-year contract, a new international tender must be held in 2021.

Five companies have expressed interest in bidding: Belgian companies Dredging International and Jan de Nul, without their partner Emepa, whose president Gabriel Romero has allegedly been involved in paying bribes for the concession extension; the Dutch firms Boskalis and Van Oord; and the Shanghai Dredging Company.

The Chinese company has worked in Argentina before, dredging the Martín Garcia canal, Buenos Aires’ Canal Norte, and access to Buenos Aires port. It is a subsidiary of China Communications Construction Company (CCCC), which is in charge of more than 50 large infrastructure projects in Latin America alone.