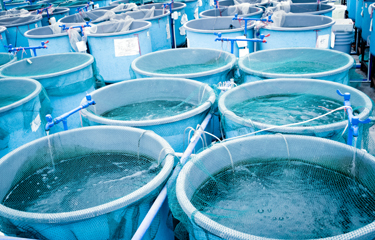 A colorful corruption case in China’s seafood region, involving speed boats and cash bribes, has shone a light on the scale of China’s fisheries subsidy regime and how it’s open to abuse by Communist Party officials who administer it.

Wang Ji Shan, former head of the Ocean and Fisheries Bureau in Li Jin County near Dongying on the east coast, has been charged with funneling millions of yuan in licenses and subsidies to the Luxin Ocean Development Co.

Wang has been charged with lending speed boats belonging to the regional Ocean and Fisheries Bureau to Luxin free of charge while also allowing the company build piers and ports in the coastal province of Shandong without going through the normal approval process. The case, which is being heard in Zhuhai, alleges CNY 6.5 million (USD 970,000, EUR 848,000) in subsidies were paid into the Luxin bank account. Another official, Kuang Bo Lin, is charged with funneling CNY 1.34 million (USD 201,000, EUR 175,000) to Luxin from the subsidy fund to promote innovation, using false paperwork.

Also in court, Zhang Da Wei, the boss of Lu Xin Hai Yang, has been accused of illegally collecting management fees from water users, including fishermen. “Blackmail and extortion” by Zhang was made possible due to the “protective umbrella,” offered by Wang, according to court documents. The three men have been found guilty and are scheduled to be sentenced in coming weeks.