International
Liftoff of the Long March 11 from a mobile platform in the Yellow Sea, June 5, 2019. via China Academy of Launch Vehicle Technology (CALT) 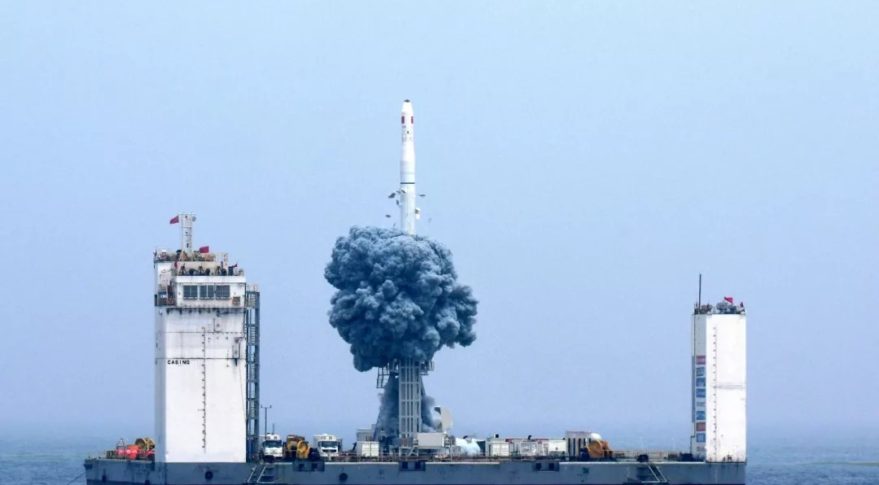 China is making progress with a spaceport to facilitate sea-based launch activity and development of rockets, satellites and related applications.

The China Aerospace Science and Technology Corp. (CASC), the country’s main space contractor, is developing the spaceport in Haiyang City on the coast of the eastern province of Shandong.

The ‘Eastern aerospace port’ will add to China’s four established space launch centers and be a base for sea launches of light-lift solid rockets.

A recent inspection (Chinese) by Wang Xiaojun, head of China Academy of Launch Vehicle Technology (CALT), under CASC, reported ‘substantial progress’ in the construction and planning of the port.

China carried out its first sea launch in June 2019 using the Long March 11. Analysts note that the new capability brings rapid response and a measure of stealth to launch capabilities. Sea launches could also somewhat mitigate safety risks to its civilian population.

The space port project also hopes to create and foster a localized cluster of aerospace and high-end manufacturing industries.

A second Long March 11 sea launch is expected before the end of 2020 and as soon as mid-September.

China has increased its launch activity in recent years, launching over thirty times in both 2018 and 2019. The country attempted just six launches in 2009.

Much of the increase is due to national projects including the Beidou navigation system, Earth observation constellations and their military counterparts. However the opening of the space industry to private capital in 2014 has created new possibilities. Ensuing policy support including the recent addition of ‘satellite internet’ to a government list of “new infrastructures” promises to create demand for launch.