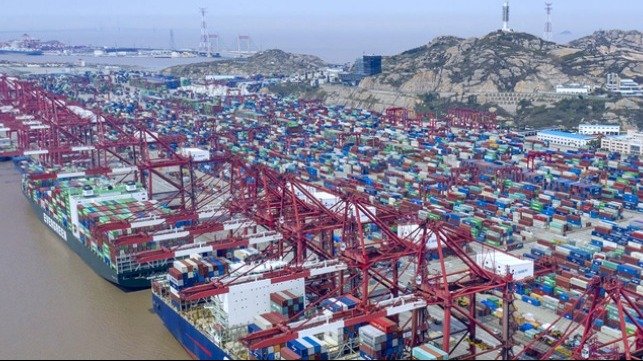 While much of the focus has been on the challenges shippers and carriers are having at getting imports offloaded at their destination ports and delivered, there are also growing backlogs at Chinese factories and ports.

The problems developing at the front end of the supply chain are now raising concerns about further challenges contributing to the global delays and shortages and are likely to drive shipping costs even higher.

The latest analysis of trends across the global supply chain from project44, an advanced visibility platform for shippers and logistics service providers, highlights the depth of the challenges developing at the front end of the supply chain from China. While the record-setting 73 ships anchored off Los Angeles and Long Beach made headlines last month, project44 believes the problem is becoming equally acute at the source with port congestion at China’s largest ports underscoring the scale of the situation. Containerized trade through Chinese ports accounts for 40 percent of global container trade with the leading trade routes emanating from China’s ports to the west coast of the United States and Northern Europe.

Time to re-envision the zeppelin: This time as a hydrogen transportation method  pv magazine International

In addition to the disruptions and delays being caused at the terminus points in the supply chain, there is also a range of issues that are impacting the ability to move goods out of China. These range from lingering backlogs as a result of the COVID-19 closure and controls at the ports, last week’s Golden Week holiday, and the impact of Typhoon Chanthu, which closed the ports at Shanghai and Ningbo. Moreover, businesses across China are facing a power-shortage crisis due to coal shortages and the government’s strict rationing of electricity.