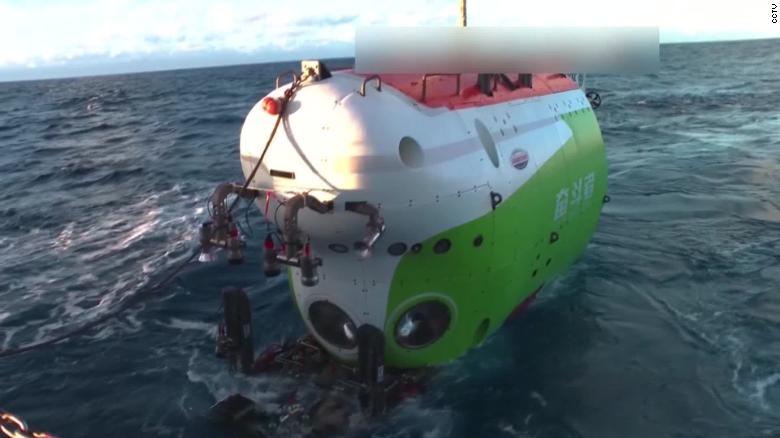 China has broken its own record for deepest manned dive into the world's oceans, sinking an estimated 10,909 meters (35,790 feet) into the Mariana Trench, state-run news agency Xinhua said.

The submersible, named "fendouzhe," or "striver," landed on the sea bed at the bottom of the deepest oceanic trench on Earth on Tuesday morning, Xinhua said, after setting off from China's Hainan province one month earlier.

The current world record is believed to have been set by American undersea explorer Victor Vescovo, who claimed to have reached a depth of 10,927 meters (35,853 feet) in May 2019.

But China's goals for the dive aren't just scientific investigation. Ye Cong, the chief designer of the submersible, told Chinese state-run media that the seabed was abundant with resources.

High-tech diving equipment can help us better draw a "treasure map" of the deep sea, Ye said in an interview quoted by Xinhua.