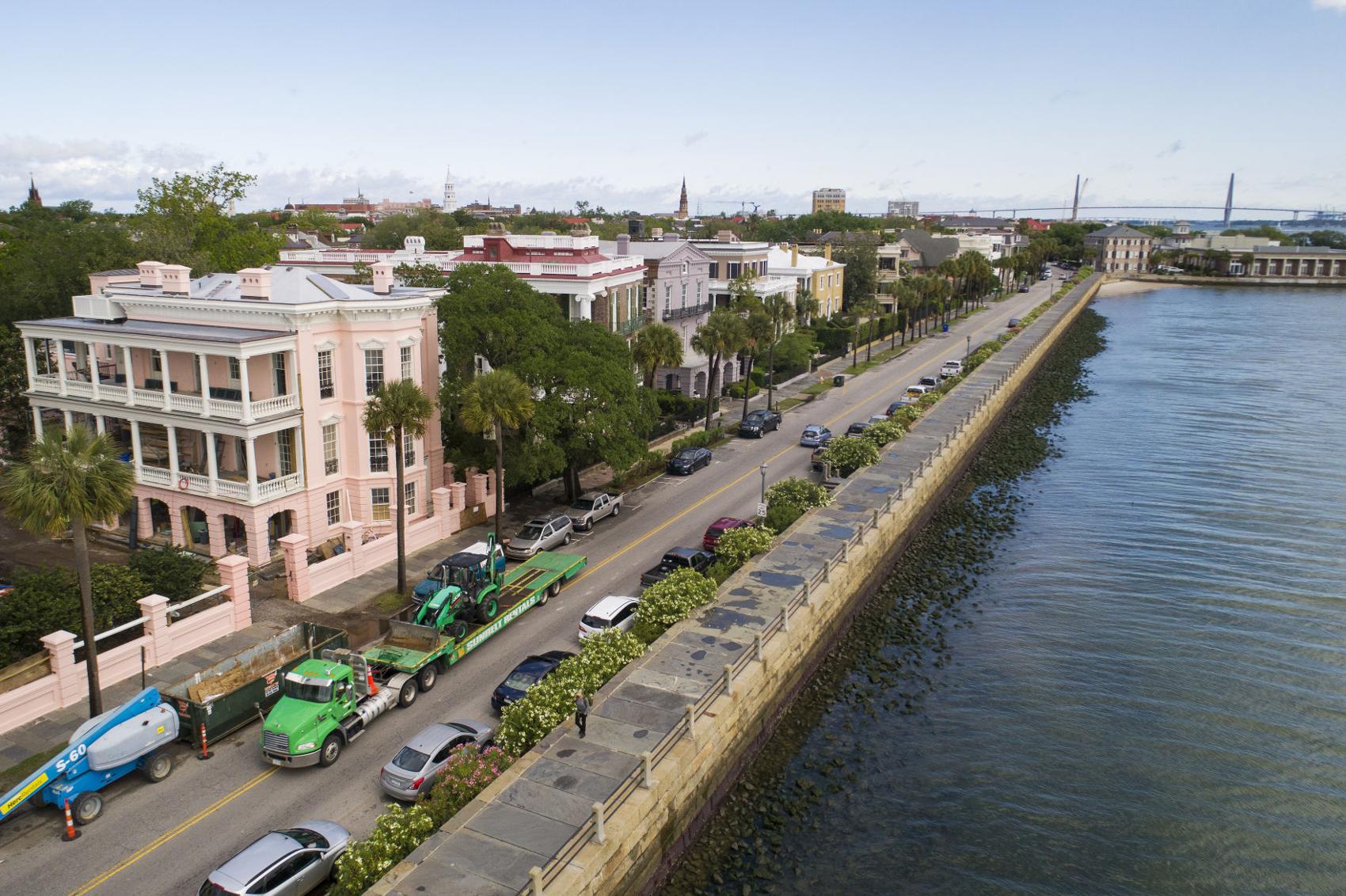 Charleston’s peninsula could be walled in under new $1.75B flood prevention plan

Charleston’s peninsula could become a walled city again for the first time in centuries if the results of a flooding protection study released Monday by the Army Corps of Engineers come to full fruition.

The preliminary plan — the results of 18 months of work by the Army Corps of Engineers — is the preferred path forward of seven different options the Corps considered. It would encircle much of the peninsula with a wall running almost 8 miles to keep out hurricane surge.

Gates would let water run into the marshes and two rivers that bound Charleston.

Five new pump stations would aim to avoid a “bathtub effect” and move rainfall out of the perimeter. A breakwater slightly offshore of the peninsula’s southern tip would be designed to slow down damaging waves.

That, and efforts to flood-proof a few structures outside the barrier, come to an unprecedented total for a flooding project in Charleston: $1.75 billion.