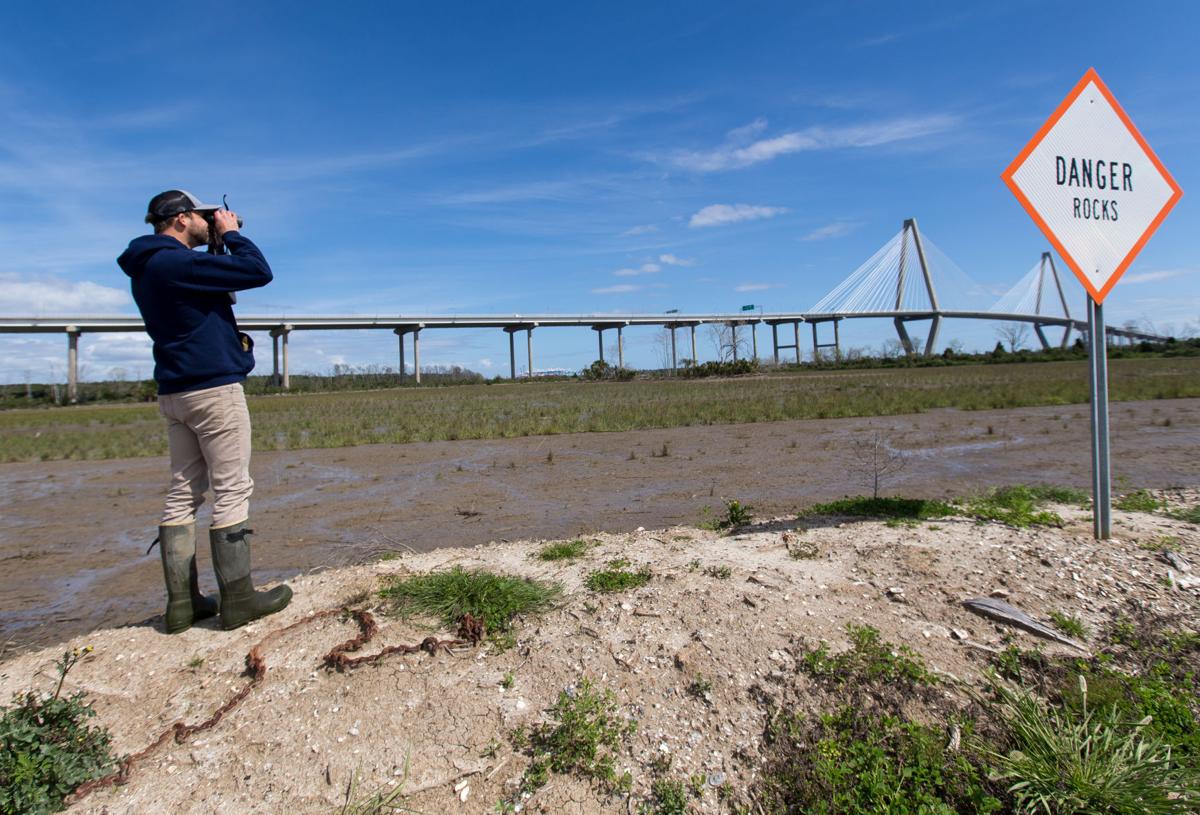 DRUM ISLAND — A great egret pops its head out of the new marsh below the massive pylons of the Arthur Ravenel Jr. Bridge.

Then a small flock of white ibises scoots along, picking at the worms and fiddler crabs from a creek bank. A snowy egret and a young blue heron peck along a newly established oyster bed. A kingfisher settles in the wax myrtle tree and a merganser duck hunts at the creek’s mouth.

A year ago, this swath of Drum Island was dredge spoils.

The State Ports Authority has replanted native spartina plants and cut the creeks to restore 22 acres of tidal marsh on the south end of Drum Island. A few years from now, at least some nests could return to a former shorebird rookery that was an eye-catcher for commuters and people on the walkway over the bridge.

That’s the hope. The $4 million project was mitigation for filling in 11 acres of wetlands for the new North Charleston shipping terminal.

In other words, Drum Island might be the region’s most visible urban attempt at mitigation, the controversial conserve-as-you-build policy that has become a go-to for both conservationists and developers in South Carolina.